Authorities say only one person has died, not two people as initially reported, following a crash late Tuesday night in Anoka.

The person who died was the driver of the vehicle, identified as 30-year-old Brian Harper of St. Paul, according to the sheriff’s office.

The 32-year-old passenger is still alive and receiving treatment at Mercy Hospital but his condition is unknown.

According to the Anoka County Sheriff’s Office, an officer with the Coon Rapids Police Department tried to stop a Buick LeSabre on Hanson Blvd. NW near Gateway Dr. NW at about 11:37 p.m. 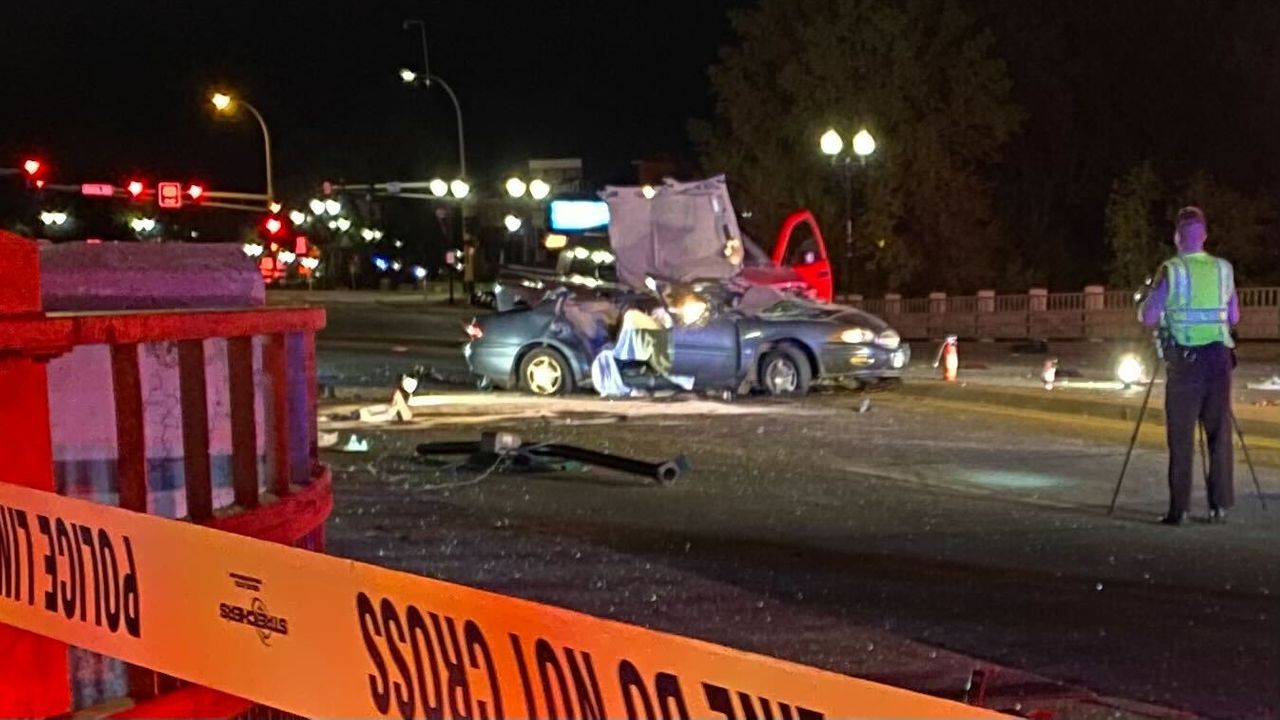 The driver, identified as a man, fled from police, causing a chase.

Eventually, the chase was called off by police as it entered the City of Anoka.

About a mile after police stopped chasing the vehicle, authorities say the LeSabre was involved with a crash on Main Street, near Ferry Street in Anoka. The second vehicle involved in the crash was identified as a Dodge Ram.

The driver of the LeSabre died, and his passenger, also identified as a man, was taken to a hospital for injuries, where he also died.

The driver of the Ram, identified as another man, suffered minor injuries and was released at the scene, according to the Sheriff’s Office.

The names of those involved haven’t been released due to family notification.

Multiple agencies are investigating the crash, including the State Patrol.

INITIAL REPORT: A number of emergency crews could be seen at an Anoka intersection late Tuesday night.

A 5 EYEWITNESS NEWS photographer says there appeared to be a body at the scene.

Few details have been released about the crash at this time.

Check back for updates as more information becomes available.