A county library email memo to staff that was posted online has caught the attention of an Anoka County commissioner.

"County guidance is that we will not have public messaging around Pride month or Black Lives Matter month," wrote an Anoka County Library manager who also said staff could, if they wanted, set displays "celebrating diversity on a broader spectrum," according to an email posted online.

Meisner, who represents District 4, said she’s been contacted by residents and wants county leaders to dig into the library policy.

"Anoka County believes that libraries are meant to be content-neutral spaces where the public can access materials to further their own education and personal enjoyment. To promote one political or social cause over another would undermine that goal of content neutrality," an Anoka County spokesperson wrote to 5 EYEWITNESS NEWS. 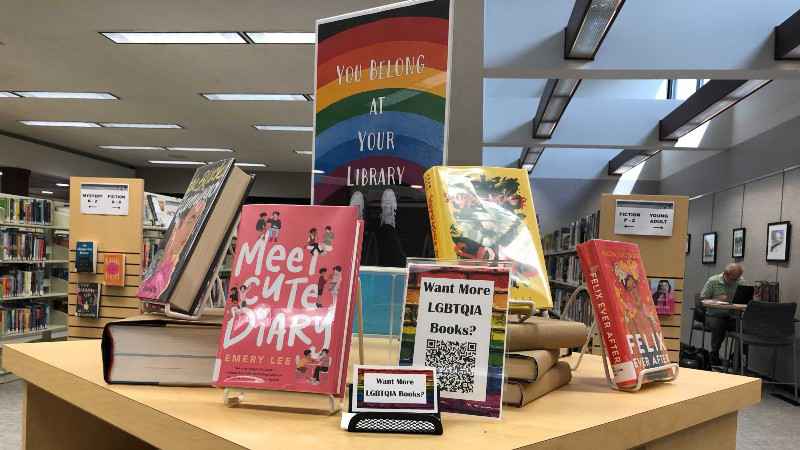 At the county library in Fridley, there was a display that allowed patrons to scan a QR code to learn more about LGBTQ+ books while another book display was titled, "Because Books Show Us Every Color of the Rainbow."

"It felt like an overreach from the county and anti-library stance," said Josiah Cox, who spoke as a resident of Anoka County but also works at the library. "That set really unwell with me. It shouldn’t be a political issue of someone’s existence."

Pride is celebrated in June as a way to commemorate the Stonewall era uprising surrounding LGBTQ+ activism, dating back to June 28, 1969, according to the Library of Congress.

"We feel it’s important our libraries be a civic group, not a political group," an Anoka County spokesperson added.