UPDATE: The missing child has been found and is now safe with his mother, Minneapolis police said.

Later Friday evening, Brooklyn Park police announced that officers responded to a 911 hang-up at 6:30 p.m. on 84th Court North. Upon arriving, officers found that the 1-year-old had been "anonymously returned" to his mother.

The child was unharmed, and the Minneapolis Police Department is investigating.

AMBER ALERT UPDATE: The alert for a missing Minneapolis child has been cancelled. The child has been found safe. Thank you to all who searched for him.

Police are asking for the public’s help in finding a stolen vehicle with a young child inside; an Amber Alert has been issued. 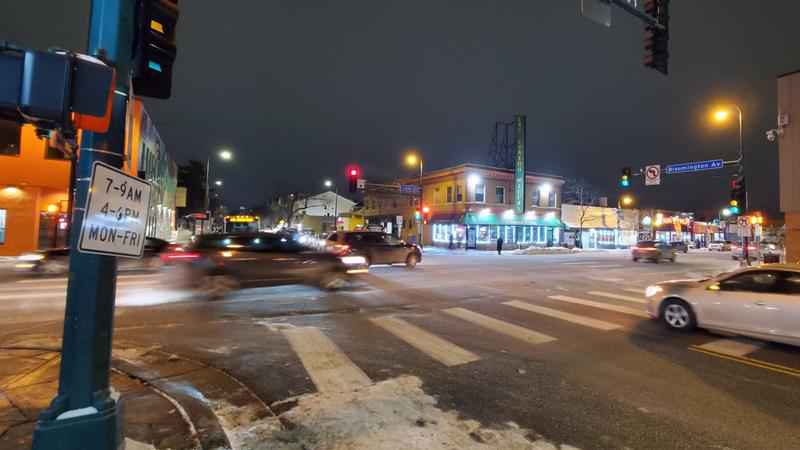 The intersection of East Lake Street and Bloomington Avenue.[Erik Rognerud/KSTP]

Friday at 3:30 p.m., Minneapolis police responded to a report of a stolen 2008 white Buick Enclave with the Minnesota license plate HTH234, taken from the area of Bloomington Avenue and Lake Street East. Police said a one-year-old Black male child was inside the Buick.

The child has black hair and is wearing a gray t-shirt, black pants and white shoes.

Early investigation indicates that a mother left her car running "momentarily" with the child inside at a store near 12th Avenue South and East Lake Street and that an adult Black man in a black sweater took the car and drove away eastbound on Lake Street, according to police and the Minnesota Bureau of Criminal Apprehension.

At 6:30 p.m., Public Information Officer Garrett Parten said that police are continuing to search the area, and that if the public wants to help, "the more eyes the better… please be vigilant."

Anyone who sees the Buick is asked to call 911.