A family in Little Canada shared their inspiring story of adoption after suffering the unthinkable deaths of two daughters and an unborn baby.

Tracy and Junji Umezu said they have come to find hope in the midst of tragedy.

"The joys are so much more joyful for us, having been at the lowest point," Tracy Umezu said.

The couple has a nine-year-old daughter Sophie.

Their second daughter Charlotte was born in 2014 and was diagnosed with a very rare form of epilepsy, known as SCN2A. 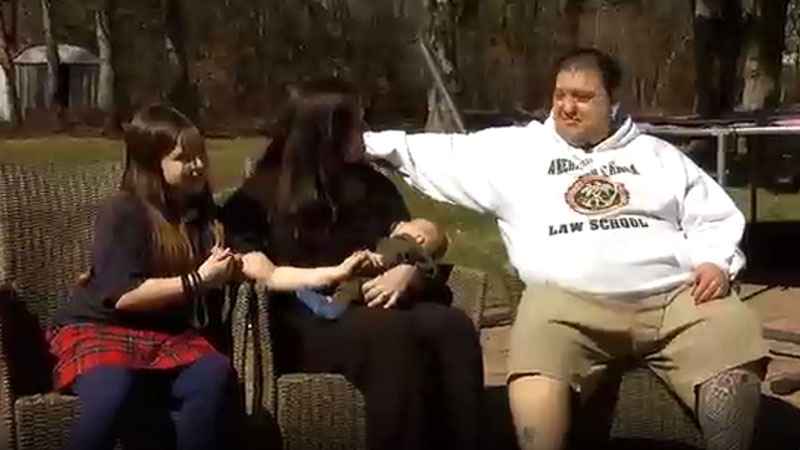 "She was having hundreds and sometimes over a thousand seizures a day," Tracy Umezu explained.

Knowing she may not have long to live, the family created a ‘joy list’ in the hopes of filling Charlotte’s life with as much joy as possible. It included a trip to Hawaii, taking her down the big slide at the Minnesota State Fair and having Team Triumph push Charlotte in the Twin Cities Marathon in 2016.

Charlotte died a month after the marathon at just two and a half years old. The Umezus said they were broken after Charlotte’s death, grappling with the grief of losing a child.

"I think we’ve all come to the understanding, as hard as it is, that we’re just not guaranteed another day," Tracy Umezu said.

The Umezus struggled with infertility but the couple was able to get pregnant with twins a little more than year later.

They said they lost one baby at ten weeks.

Tracy Umezu said the rest of the pregnancy was mostly healthy with no complications.

Then, at 34 weeks, she suffered an unexpected emergency.

She was rushed to the hospital, where she was told she suffered a complete placental abruption, despite having a healthy prenatal checkup the previous week.

"When we were brought back, the first words I heard were, ‘The baby didn’t make it,’" Junji Umezu recalled, through tears.

The family was devastated to learn that, just a few weeks before delivery, their daughter Maggie died.

"We would never ever choose to go through these things but we view the world in such a different way and through such different eyes now," Tracy Umezu said. "That life is a miracle."

The Umezus said, after much thought and prayer, they decided to try to grow their family through adoption. They applied to become an adoptive family at the beginning of the pandemic.

In early February 2021, they got a call about a baby boy down in Florida who needed an adoptive family.

"She said the name was Jacob Benjamin. Jacob was the name we had kept in our heads if we adopted a boy, so I felt like it was just our sign that this was 100% meant to be," Tracy Umezu said.

While picking Jacob up at the hospital, they took a photo of him, with a poignant caption: "We didn’t give him life, but life gave us him."

"He just fills our heart with so much love and joy," Tracy Umezu said. "And the joy that I feel is so much different now, having lost two children. Life doesn’t happen how you imagine it but it can be better sometimes. He was meant to be with us."

"I thought he was super adorable and I was super excited to finally see him," added nine-year-old Sophie Umezu, who said she is excited to be a big sister again.

The Umezus brought Jacob home to Minnesota on Feb. 22.

"I wouldn’t trade it for anything," Junji Umezu said. "He has brought a lot of happiness and healing to our family."

The Umezus said they hope their story can be one of celebrating life and finding joy in whatever it brings.

"Honestly, adoption is just so beautiful," Tracy Umezu said. "We focused on recapturing joy, grabbing it when it comes and holding on to it in the hard times."

The Umezus started a nonprofit in honor of their late daughter Charlotte called Seize Your Joy. The money raised goes to SCN2A research and awareness.

Tracy also blogs about her family’s journey with loss and adoption.