After multiple shootings across the Twin Cities, organizers hope a gun buy-back makes a difference

Shattered glass from a shot-out bus shelter — a bullet hole through a Lake Street window.

Remnants of a Friday afternoon shooting that left three people with life-threatening wounds.

“It’s super-disheartening, first of all,” says Nikki McComb, with the initiative Art Is My Weapon. “Not only the fact of broad daylight.”

The victims from the Lake Street shooting, near Hiawatha Avenue, are listed as a 65-year-old woman, a 19-year-old man, and a 15-year-old boy.

“A lot of it is just senseless, really,” declares Muhammad Abdul-Amad, with Minneapolis Touch Outreach, a violence interrupter group. “It’s not over territory, it’s not over money.” 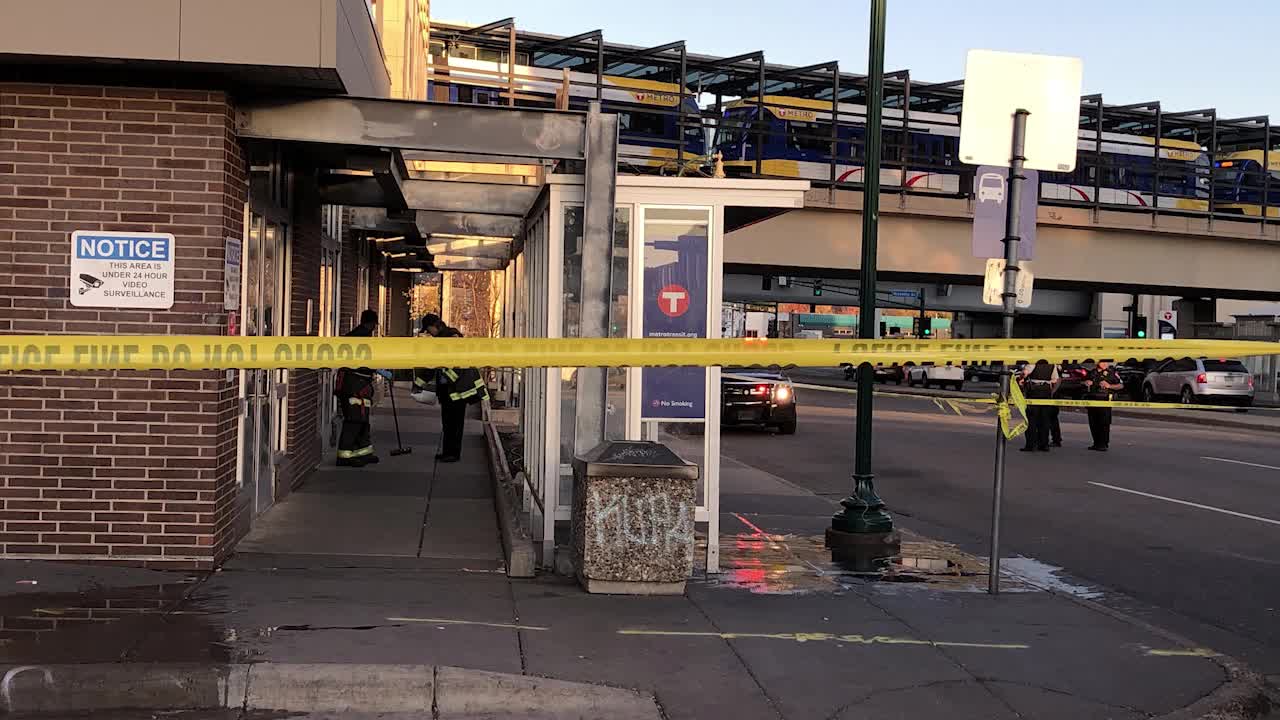 Abdul-Ahad says it was his group’s office window that got hit by that bullet — but adds no-one inside at the time.

Touch Outreach patrols the neighborhood between 5 p.m. and 10 p.m. each night.

Abdul-Ahad says he’s well-acquainted with one of the victims.

“It’s unfortunate, the 65-year-old woman that was shot is a homeless woman, we’ve been engaging with her on a daily basis,” he says. “The kid is from South High School. We’re familiar with a lot of the students around here. It’s unfortunate that things like this are going on.”

The gunfire, around 3 o’clock Friday afternoon, rang out shortly after classes let out at South High — just blocks away.

Police believe those shots were fired from a moving vehicle — but haven’t released information about a motive or suspects.

The victims are all being treated at HCMC.

“A lot of frustration, people not having anything as an alternative outside right now, resulting in gun violence,” Abdul-Ahad notes.

Police are also investigating a homicide at a burned-out house along the 2700 block of 15th Avenue, South — about a mile from the Lake Street scene.

Authorities were called there about 11:30 Friday night and found a man shot to death.

Investigators believe the shooting began as a fight between two men who knew each other — and then escalated into gunfire.

No suspects have been found.

Then, at 6:30 Saturday morning, firefighters put out a blaze in the same house — which firefighters say was vacant but was possibly used by squatters.

Police say it’s unknown if there’s a link between the shooting and the fire.

The case is the 72nd death investigated as a homicide by MPD this year.

Meanwhile — a group of community partners say they’re trying to make a difference.

A dozen organizations, from healthcare systems to nonprofits, gathered at the Colin Powell Center in South Minneapolis for a gun buy-back.

Participants say they collected 115 guns, including up to thirty handguns, twenty shotguns, and at least two AR-15 rifles.

People bringing in those guns received $150 gift cards for handguns, and $250 for rifles and semi-automatic weapons.

“Ask people to turn in weapons for cash or money just to get some guns off the street,” McComb says. “This is a matter of public health and we all have to come together to do something in order for these things to stop.”

After police render the guns harmless, McComb and participating artists will use them to fashion street art.

The idea is an effort to raise awareness about gun violence.

Still, it’s been an especially violent year in Minneapolis.

Data from the Minneapolis crime dashboard shows 491 people have been hit by gunfire so far this year.

That’s down from this time last year, but it’s higher than 2020, and more than double the numbers from 2019.

“There’s so many random acts of gun violence happening that have been unsolved,” McComb says. “The community knows, people in the community know what’s going on. The streets talk, and folks need to start listening — so lives can be saved.”