After battle over the ballot, early voting begins in Minneapolis 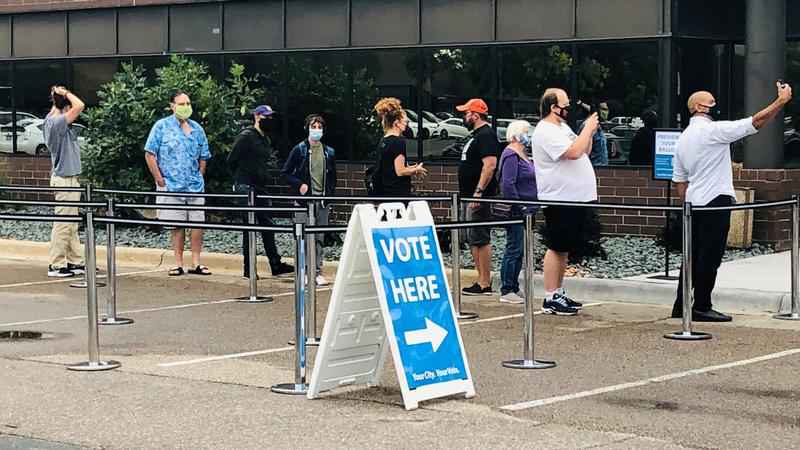 After a battle over the ballot, early voting begins Friday in Minneapolis.

Residents will get to vote on the ballot question on whether to replace the Minneapolis Police Department with a new department of public safety.

The Minnesota Supreme Court reversed a decision blocking the city from counting votes on the question.

The question on the ballot, to which voters respond "yes" or "no," is as follows:

Shall the Minneapolis City Charter be amended to remove the Police Department and replace it with a Department of Public Safety that employs a comprehensive public health approach to the delivery of functions by the Department of Public Safety, with those specific functions to be determined by the Mayor and City Council by ordinance; which will not be subject to exclusive mayoral power over its establishment, maintenance, and command; and which could include licensed peace officers (police officers), if necessary, to fulfill its responsibilities for public safety, with the general nature of the amendments being briefly indicated in the explanatory note below, which is made a part of this ballot?

Voters can see what their ballot will look like, including the charter amendment question, here.

According to an update from the city, a record 3,596 ballots have already been requested for the municipal election. For comparison, the city received 897 ballot requests prior to the start of early voting for the last municipal election in 2017.

The final day to vote will be on Election Day Nov. 2.

Early voting hours and polling locations in Minneapolis can be found here. Other polling places can be found on the Minnesota Secretary of State’s website.