The Roller Garden held its final open skate, before closing for good at 4 p.m.

“We’ve been in business 52 years,” Roller Garden owner Bill Sahly said. “People have skated continuously here since 1945, so we didn’t start the skating. This is a long, long skating venue.”

For roller skaters visiting the Lake Street venue, it was an afternoon of farewells on wheels.

“I come here to get a free mind,” said Goddess Star of Minneapolis. “I come here to put the drama in the back and be able to breathe. I hope other people will find ways to destress themselves.” 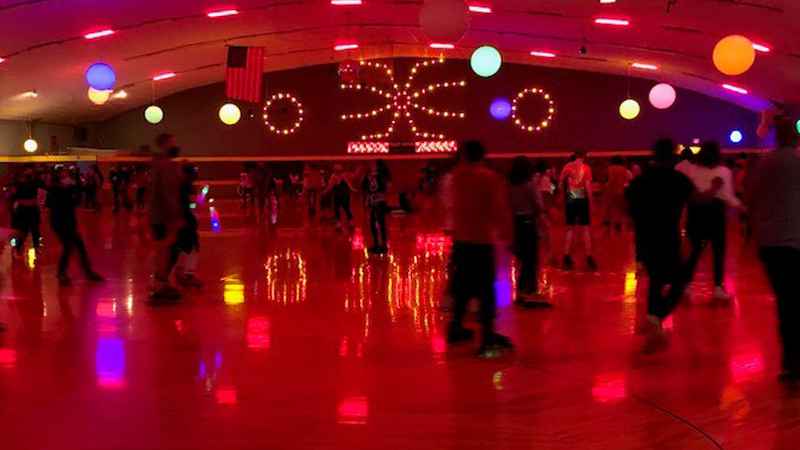 Skaters wheel about Saturday, May 8, 2021, at the Roller Garden in St. Louis Park. The venue, which had been in business for 52 years, hosted its final open skate on Saturday.[Richard Reeve/KSTP]

"You run a business like this, it’s like owning a bar or a nightclub. You’re there when the world wants to play,” Sahly said. “The next generation didn’t want to come into the skating business for that reason.”

It turns out, people have been doing more than skating at the Garden.

Built in 1930, the venue has also been home to a horseback riding academy and has hosted tennis matches.

The Sahlys told each other they’d stick around for the 50th anniversary — then the 51st. But then came 2020, the pandemic and a tax bill that stayed the same, despite capacity restrictions.

"Then with COVID of course, we were shut down from March 15 ‘til the third week in June, and lo and behold, we could open at 25% capacity,” Sahly said. “Your taxes and everything else aren’t at 25%.”

So they decided Saturday would be their last day.

Hundreds of skaters came by to take a spin around the indoor rink.

“I like to think of it as flying. You know like flying, self-flight,” said Nakeia Pam of Cottage Grove. “I call my roller skates my wings."

And what did he think about the Garden closing?

“It was a shock to me,” Pam said. “I look at it as part of, like a community family. People have deep connections, roots here. It’s been in people’s families a long time.”

“They met their husband and wife here,” Sahly said. “They had anniversaries, birthday parties, we’ve had a wedding here, couples met here and got engaged here.”

Amid the lights, and music, endless memories.

“I remember coming here early with my mom,” Star said. “Every single year we would come here for field trips when we were kids. It’s something that went from when we were in school, and now we’re bringing the family here.”

Hall says that tradition has continued into adulthood.

"A lot of people think going out to a bar, having a drink is fun,” he said. “No, doing this and doing what you did when you were a child, that’s more fun. We’re here enjoying those memories and those moments right now."

But at 4 o’clock, right on time, the house lights came on.

There were numerous well wishes to the Sahlys, and then a final sweep of the polished wooden floor.

"It’s been a wonderful ride, and it’s overwhelming,” Sahly said. “The hugs, our children and grandchildren. It’s very bittersweet.”

The family says the rink will be converted into a gymnastics center with a new owner. They’ll be holding an online auction in the coming weeks for skates and other equipment.

Many here say they are happy for the Sahlys but sad, too.

Hall said he hopes skaters can find another place to gather more memories on wheels.

“They deserve to retire. They’ve been here for 52 years, and it’s time for them to move on,” he says. “But we also need a place where we can have those moments and give those experiences to the next generation.”