The aircraft the Minnesota Air National Guard used to transport airmen from around the country to President Joe Biden’s inauguration celebrates 50 years of service.

The C-130A first flew its first mission for the 133rd Airlift Wing on Feb. 21, 1971. A half-century later, the cargo plane is still known for its ability to take off and land just about anywhere.

"We go in and out of the small strips and on top of mountains, down deep in the valleys to much more austere locations than the larger jets," Col. Jamie Lindman, vice wing commander of the 133rd Airlift Wing of the Minnesota Air National Guard said.

The C-130 has received three model updates in time with the guard but still is known as one the most legendary cargo planes flying.

“It will be 50 years since our first mission. We are one of the very few in the country that have been flying the C-130 for that long,” Lindman said. 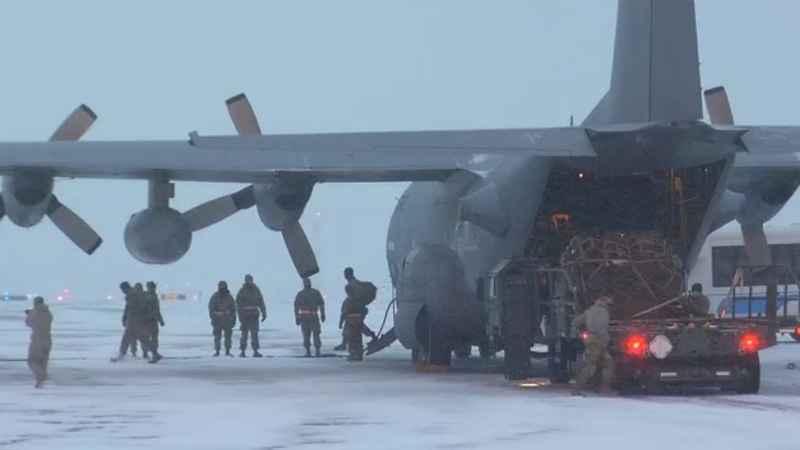 It’s known for remote airdrops, cargo loading and air medical evacuations. In January, the 133rd Airlift Wing used the C-130 for the inauguration of President Joe Biden. The Wing’s crews transported 1,465 personnel, 119 tons of cargo and accumulated nearly 200 flight hours in 76 different flights to and from Washington, D.C., totaling 31 missions.

“The Guard was called up. Well over 20,000 troops nationwide, almost exclusively guardsmen and the Minnesota National Guard played a very significant role in that larger mission,” Lindman said.

"If we need to move a lot of people quickly in short distances, we can do that. It’s very versatile and it’s an easy aircraft to work on," Lt. Col. Gregory T. Hawkins said. He’s the maintenance squadron commander and in charge of servicing the planes. Hawkins said it takes a crew of more than 100 people and more than 8 hours to get a single C-130 ready for flight.