A search warrant application filed in Hennepin County District Court states Minneapolis Police officers that were part of a Community Response Team were trying to buy a handgun from Dolal Idd before his fatal shooting in south Minneapolis last week. Officers suspected Idd, who was prohibited from possessing firearms due to past convictions, was illegally selling guns

According to the affidavit — which was requested to search Idd’s family’s home after last week’s shooting — officers were using a confidential informant (CI) to try to buy a MAC-10 high capacity pistol from Idd.

“My guess is this is someone [Dolal Idd] would have known,” said Kyle Loven, a former FBI special agent. “My guess is if he hadn’t known this person, he would’ve been suspicious and probably would not have shown up to allegedly make the firearms transfer.”

When officers moved to arrest Idd on Wednesday night, gunfire ensued and Idd was killed. 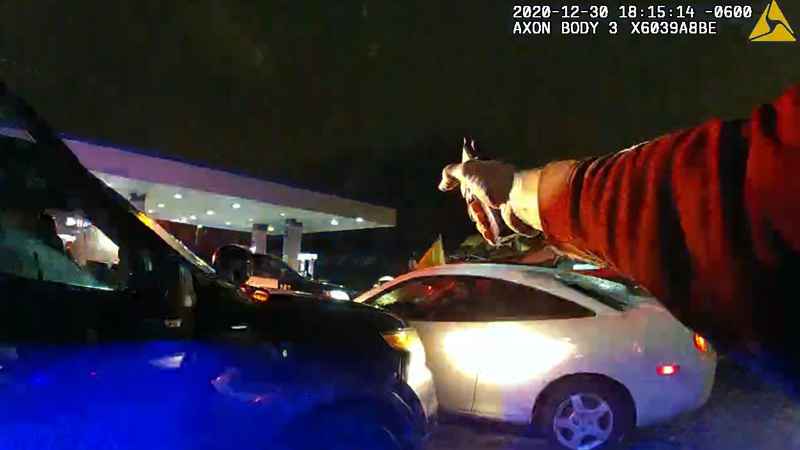 The Minnesota Bureau of Criminal Apprehension was called to investigate and is leading the investigation.

The affidavit states the woman in the passenger’s seat of Idd’s vehicle when the shooting happened told investigators she was Idd’s girlfriend. She added that she’d been to his Eden Prairie home.

According to the search warrant application, the confidential informant also told investigators, “the suspect had additional fire arms at his residence".

During the early morning hours of Dec. 31, Hennepin County Sheriff’s Deputies and BCA investigators searched an Eden Prairie home where Idd lived along with family.

When officers looked up his home address, the search warrant states they found that Eden Prairie Police had been called to the home several times in the past, including for a 2018 weapons offense. Other court documents show in Oct. 2018, Idd was charged one count of felony dangerous weapons-reckless discharge of a firearm for firing a gun inside the home.

The affidavit continues, stating that the Bureau of Alcohol, Tobacco, Firearms and Explosives (ATF) listed Idd as being in possession of a stolen 12-gauge shotgun, and showed he had arrests for weapons violations and drugs in the past.

It was also the address listed for another man recently arrested by Bloomington Police for a homicide involved a firearm. Investigators believed, "weapons will likely be located inside the residence".

It also states that officers believed it was necessary to execute the search warrant overnight because they believed Idd’s family would move or destroy any weapons in the home.

A Hennepin County Sheriff’s Office SWAT team executed the warrant at about 2:19 a.m. on Thursday.

Loven explained there are typically two kinds of confidential informants. He said some are under investigation themselves and provide information to police as part of a deal.

“Other people are perhaps tied to the criminal world but they have one foot, let’s say, into the law enforcement world as well,” said Loven. “They’re being paid for their information on an ongoing basis by law enforcement.”

According to the warrant, officers didn’t find any weapons or records of weapons sales in their search.

“It’s a little unusual that they that additional weapons or evidence of weapons sales were not found,” said Loven. “It’s probably more the exception than the rule but it’s not unheard of."

Jaylani Hussein, the executive director of Minnesota chapter of the Council on American- Islamic, relations said it casts doubt on the entire investigation.

“This entire operation now has even more questions today than yesterday,” he said. “Right now every fact that we have received has either been inconclusive or it has led to us to us to believe there was misconduct by the police based on a lie from an informant.”

He said the raid itself was terrifying the family.

“They kept the door open while people were almost half naked, they entered the home believing that everyone was going to be violent and they did not provide a clear answer as to what was exactly taking place,” said Hussein. “I think many families may not recognize this but for people of color, when law enforcement come into your home in this manner it sets off a great deal of post-traumatic stress.”

According the Hussein, family members did not know Idd had been killed at the time the search warrant was executed.

According to MPD, typically the medical examiner notifies the family. The Hennepin County Medical Examiner sent a press release about Idd’s cause of death shortly after 7 p.m. on Dec. 31.

“This is a trauma this family is going to live with beyond what took place,” said Hussein.