The first Latina-owned coffee shop in the Twin Cities opened its doors in St. Paul to celebrate heritage and break barriers.

If you step into Abogados Café, the gourmet coffee bar and mercadito takes you thousands of miles away from the Como Park neighborhood and drops you into a small town in Latin America.

Bright colors scale the walls and Mexican talavera tile line the floors, bringing Latino culture to every corner of the cafe.

“We wanted to bring the Latin American coffee experience to Minnesota,” said Ofelia Ponce, owner of Abogados Café. “We wanted to stay true to our backgrounds. Not only our heritage but where we’re from.”

The married couple, Ponce and Inti Martínez-Alemán, welcomed their first customers in early June offering organic, fair-trade coffee from Latin America, while blending their heritage and life passions into every cup. 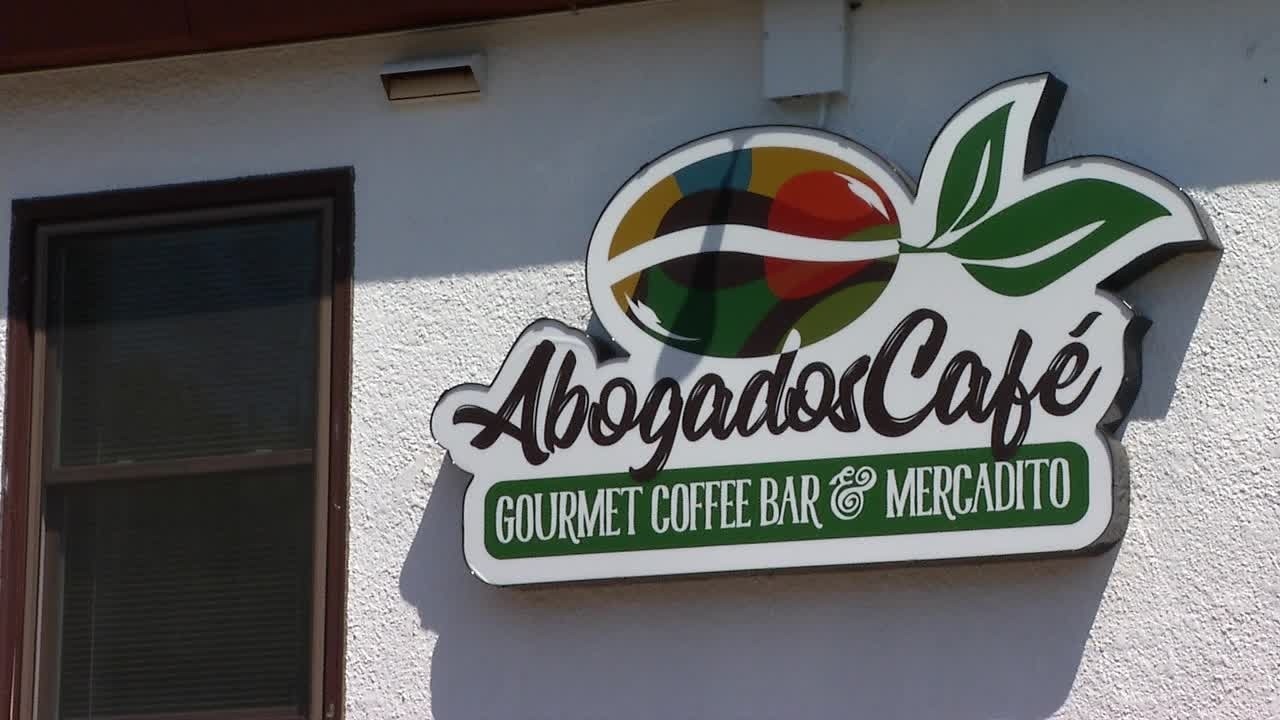 The sign for Abogados Café is displayed outside the store on Dale Street North in St. Paul on Wednesday, June 29, 2022. (KSTP)

Each coffee name comes with a dash of law. For example, the sweet coconut latte is called “Motion Granted.”

“What a pleasant feeling to have your motion granted on your behalf or on your client’s behalf?” Martínez-Alemán said.

Martínez-Alemán serves clients at his own law firm, Ceiba Fôrte, which is in the same building steps away from the café.

“Ninety percent of our clients are Hispanic, and we serve them in areas of law for which there’s little to no attorneys who could speak Spanish,” he said.

Martínez-Alemán has served clients with heritage from all over Latin America. He’s working to fill a void in legal areas where there aren’t enough Spanish-speaking lawyers to advise the community.

“Serving is what we’re here for,” he said.

If it’s breaking barriers in legal counsel or inspiring other Latinas to start their own business, Ponce and Martínez-Alemán said they want to leave their mark on the community.

“I’m not going to be the last, so I am very happy that door opened,” Ponce said. “I’m so grateful to the community.”

Ponce said the goal is to implement indoor seating in the future so people can sit inside and enjoy the coffee and culture.