The Willmar Police Police Department is looking to track down the person responsible for firing a shot that went through a garage wall, fatally shooting 41-year-old David Delfosse on Jan. 15.

For a dozen years, Delfosse worked at Duininck, recently as bridge manager for the company in the Willmar area.

"He was to me, one of the truest people,” said co-worker Stacey Drexler. “He was true to himself, professionally as he was, personally."

“It was a shock to everybody here, you know something like that your odds of being in your garage like you say and then taking a bullet," said Blaine Schoemecker, the victim’s co-worker.

Willmar Police posted on their Facebook page about the shooting in the 100 block of 4th Street Southwest that an “errant bullet” came from off the homeowner’s property, through the garage wall and struck him. 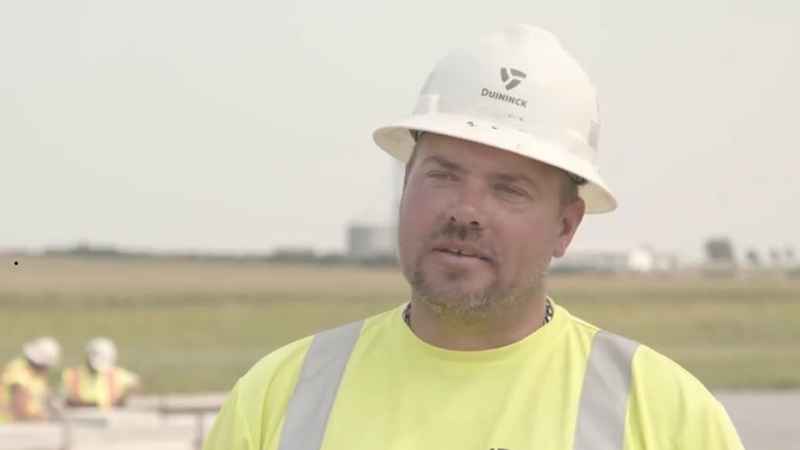 This screenshot from a video posted to Duininck's Facebook page shows David Delfosse, 41, who was killed after a stray bullet hit him while he was working in the garage of his Willmar home Friday, Jan. 15, 2021.[Duininck via Facebook]

“At this point, there is no evidence to indicate the homeowner was an intended target or victim,” wrote police about the case being investigated as a homicide.

Duinick employees launched a fundraiser for Delfosse’s family, including his two children.

“We think of him as our family as well,” Drexler said. “You know, when you work with somebody, and you’re with them for [many] hours, they become your second family. So to see the outpouring of support that’s come from this has been comforting."

The victim’s co-workers said they hope a tip comes in that can solve the case.

“If there’s anybody out there that knows what happened, it would be great if they came forward and shared any information,” Schoemecker said. “To help the family out so they can come to a better closure here with it.”