‘A shocking departure from the way we do things in America’: Political experts weigh in on electoral vote challenges, chaos at US Capitol

In the U.S. Capitol and on the streets of Washington, D.C., it was a day unlike any other.

The Capitol breached by armed and destructive groups protesting an election.

"What’s happening today is obviously just a shocking departure from the way we do things in America," University of Minnesota Political Science Professor Larry Jacobs said. 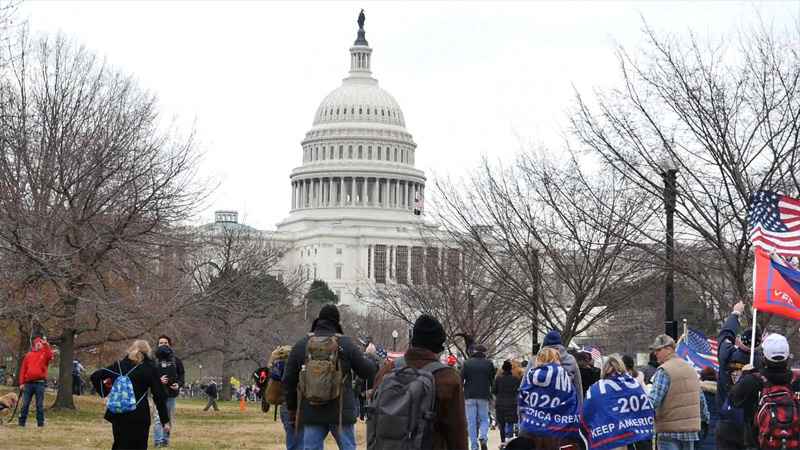 "What makes this so dangerous and such a historic moment is that we’ve got the losing candidate, President [Donald] Trump, who’s clearly been stirring up protesters and rioters and these marginal elements in our society ready to use violence," Jacobs said.

Minnesota Representative Ilhan Omar released a statement saying, in part, "All leaders should denounce this coup."

She also said, "This is not a one-off incident," and said President Trump should be impeached and removed from office for open sedition.

But is that likely? And if Trump is convicted, could he run again?

"If you’re convicted, there’s no reason you can’t run for president," Schier said. "But I think it’s extremely hypothetical to think he’ll be impeached and convicted in the last two weeks of his presidency."

And he notes the definition of an impeachable offense is a ‘high crime and misdemeanor.’

"While the president did engage in tense rhetoric during his talk and encouraged people to go to the Capitol," Schier said, "he did not encourage them to break in, violate the law or overturn the Constitution, which would be sedition."

But experts say the Constitution gives the U.S. Senate discretion in impeachment proceedings.

The penalties can include removal from office and disqualification from future political office, but not necessarily both.

"It wouldn’t have to be, but that would be a very natural part of an impeachment conviction, is not only would you no longer be president, but you can’t run for president again," said Jill Hasday, a professor of constitutional law at the University of Minnesota. "The way I read it is, they could just impeach you and then you lost the presidency, but I think what it’s saying is the Senate can not only impeach you, but can bar you from holding federal office."

Hasday said there are two viewpoints in considering the notion of impeachment.

Some senators might see this as a symbolic statement, she said — that a president’s actions aren’t appropriate.

But there’s also the practical side — where a president could run for office again.

One last thing to consider?

All of this is happening in a Senate controlled by the Republican Party.