The final days and weeks of Autumn Hallow’s life were torture.

Before pleading guilty earlier this summer to the 8-year-old’s murder, Brett and Sarah Hallow described in grim detail how they starved and beat Autumn to death last year inside their apartment in Elk River where the little girl was frequently tied up and confined to a bathroom.

In court, they also admitted to abusing Autumn’s older brother.

A review of public records, medical reports, photos and recordings obtained by 5 INVESTIGATES shows authorities were aware of abuse allegations in the same household going back more than a year before Autumn was killed.

Those details are now at the center of a $30 million federal lawsuit filed by Autumn’s mother, Kelsey Kruse, against Sherburne County Child Protection, Elk River Police and other mandated reporters accusing them of negligence and failing to intervene to protect her daughter. 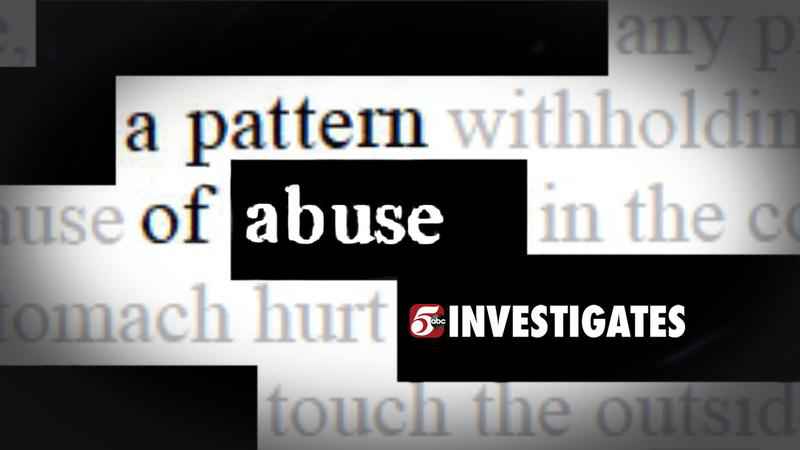 Kruse says she took her son, Autumn’s older brother, to the emergency room after he came home from a weekend with Brett and Sarah Hallow in September 2019.

"He had bruises from his forehead down to his feet," Kruse said.

A medical report Kruse shared with 5 INVESTIGATES confirms doctors noted “multiple bruises” and made a referral to "child protection."

Yet, less than two months later, a detective with Elk River Police closed the case without any charges.

"I was unable to substantiate any sort of abuse allegations against Sarah or Brett," Det. Eric Balabon wrote in his report, noting that Autumn’s brother did not disclose that the injuries came from his father or stepmother.

"And (police) said that… they were all accidental or from kids at school or from the playground," Kruse said.

In her brother’s words

By February 2020—six months before Autumn’s death—her 9-year-old brother told child protection workers with Sherburne County that he was being abused.

With Kruse’s permission, 5 INVESTIGATES obtained audio recordings of the county’s interviews with both Autumn and her brother at that time.

When asked whether he felt safe with his father and stepmother, Autumn’s brother replied, "no."

He described being hit in the past, forced to swallow liquid dish soap and confined to a bedroom for hours as punishment for not doing his "chores."

"I have to sleep on the floor with no pillow and blanket," Autumn’s brother told a social worker.

The lawyers who represent Kruse in her civil suit say the totality of the information presented to police and Sherburne County should have prompted a more aggressive response once Brett and Sarah Hallow suddenly stopped sharing custody of Autumn in 2020.

As 5 INVESTIGATES first reported last year, Kruse was blocked from seeing her daughter for several months before her death despite a 50-50 custody agreement and repeated concerns about her safety.

"Autumn’s death is the predictable result of failing to intervene when there are 30-plus reports from so many different people," said Carrie Loch, one of the attorneys representing Kruse.

Autumn’s mother was not the only one calling police.

On at least three occasions, incident reports show officers responded to the Hallows’ apartment after getting calls from a neighbor who recorded the sound of a child screaming on her cellphone.

5 INVESTIGATES’ analysis of those videos confirmed that the last recording was made three days before Autumn was killed.

In May 2020, a neighbor said she was woken up by the sound of a young female screaming "get off me," according to an incident report.

Officers noted that lights inside the Hallows’ apartment "were immediately doused" when a marked patrol vehicle arrived in the parking lot.

Police left that night after no one answered the door.

"It’s not often easy to actually get in the door," said Rich Gehrman, a longtime child welfare advocate. "But most police departments in my experience have the ability to kind of get in the door."

Gehrman, executive director of the nonprofit Safe Passage for Children of Minnesota, says the actions of police and child protection in Autumn’s case deserve more scrutiny.

Although Autumn and her brother initially denied that abuse was happening inside Brett and Sarah Hallow’s apartment, Gehrman says parents are too often given the opportunity to coach children on what to say before they’re interviewed by child protection workers.

"Some of my colleagues, particularly pediatricians, refer to this as the ‘parent protection system’ because the system is so heavily weighted towards parents," Gehrman said.

Both Sherburne County and Elk River Police have declined repeated requests to comment.

Gehrman and legal experts warn that Kruse and her lawyers face long odds in federal court, despite the apparent mountain of evidence in her case.

"There have been court cases, both at the U.S. Supreme Court level and the Minnesota Supreme Court level, which have essentially raised the bar so high to holding local child protection agencies accountable that, as a practical matter, they can continue to leave children in harm’s way for long periods of time and there’s no recourse," Gehrman said.

But Kruse and her legal team are vowing to fight. Regardless of the outcome of her lawsuit, Autumn’s mother says her goal is to push authorities to make lasting changes.

"That would help get justice for her, too," Kruse said. "Making it so other kids don’t have to go through the same thing because they do—every single day this happens to kids."