A Minnesota nonprofit is ramping up its mission, heading to Ukraine next month

It’s a place of healing.

Since last July, the Oakdale-based nonprofit has provided prosthetics to 31 Ukrainians who’ve suffered limb-loss injuries during the fighting with Russian forces.

The group has helped 28 wounded soldiers and three injured civilians, including two children, aged nine and 12.

“I’m grateful for the American public support and the unwavering support that we’ve been receiving since the start of the war,” Artem Ts’Imbol, a member of the National Guard of Ukraine, told us through a translator. “It’s very much appreciated.”

The foundation supplies prosthetics at no cost to soldiers and civilians. 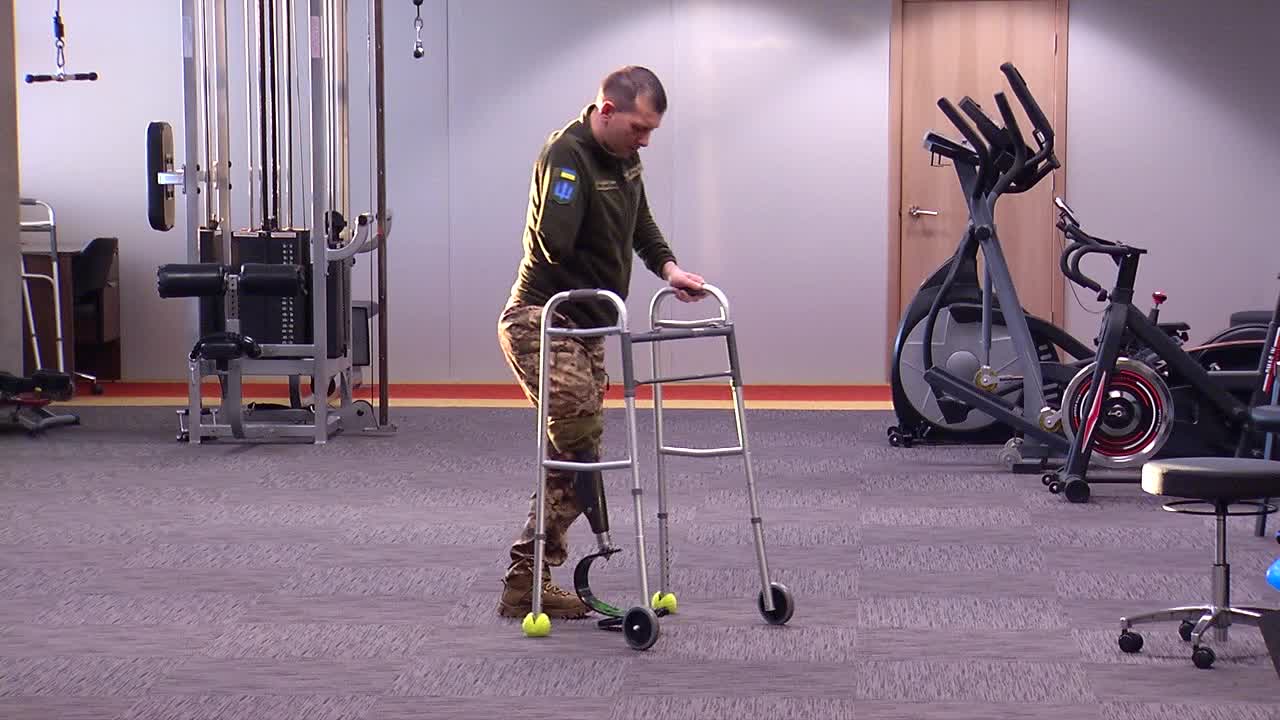 The nonprofit flies amputees from Ukraine to Minnesota, then provides fittings and adjustments over the course of several weeks.

“All of this is amazing,” Gradinar exclaims. “Like yesterday, I had five clinicians that were helping to get these soldiers fitted.”

On Saturday, U.S. Senator Amy Klobuchar came to see for herself.

Her visit follows a White House announcement that the U.S. is providing $3.75-billion in weapons and other aid for Ukraine.

“In the toughest of times, we have to stand with them,” Klobuchar says. “So there’s our own national security interest in continuing to supply the Ukrainians with the best weapons in the world. But also, the interest of a democracy and standing with the people that seem to have no end to their courage.”

Ts’Imbol, 21 — was among the soldiers Klobuchar met during her visit.

Through a translator, he said he lost part of his left leg during a missile attack last August.

“A de-mining rocket hit our position,” Ts’Imbol recalled. “The rubble buried me in the bunker and I basically laid there over eight hours trapped and crushed by the rubble. My leg was crushed for such a long time, they had to amputate it.”

He says he hopes to go back to Ukraine soon — although it’s unlikely he says, that he’ll serve on the front lines again.

“My goal is to hopefully return to service in the military,” Ts’Imbol notes. “Once my service is done, I’d like to go back to my regular job that I had.”

“Here are those who clearly have suffered something that nobody can imagine,” Klobuchar adds. “At age 21, losing a leg and part of a foot — or losing an arm and a leg, and yet they want to go back to their country.”

She says she’s confident there will be on-going bipartisan support for continued aid to Ukraine.

“The American public sees through Vladimir Putin’s inhuman barbarism,” Klobuchar says. “And if you let him do that in Ukraine, and let him take over a nation and a democracy, there will be no stopping him.”

Gradinar says he’s planning to open a service center in western Ukraine next month, to check up on people the foundation has fitted in the past year.

He says among the reasons his team is going, is because he says there’s a constant lack of electricity, including not enough generators — and there’s a shortage of metals like titanium, used in the making of prosthetics.

“For us, it’s a big blessing that we have that knowledge, that capability of doing,” he explains. “Knowledge we can fit state-of-the-art quality prosthetics here.” You can find out more about the Protez Foundation here.