A day of silence, celebration honors George Floyd in Minneapolis

In downtown Minneapolis, the anniversary of George Floyd’s death was marked by speeches, art and music. But perhaps the moment of silence, just after 1 p.m.b was heard loudest of all.

The moment was lead by George Floyd’s family on stage, joined by Minneapolis Mayor Jacob Frey.

"This is where George Floyd took his last breath. We have a lot of supporters backing us up in Minnesota," Bridgett Floyd said.

Throughout the park, there were signs of the movement and momentum that began one year ago.

"It’s a celebration of life, but it’s a reminder of what we have to fix," said artist Melodee Strong. 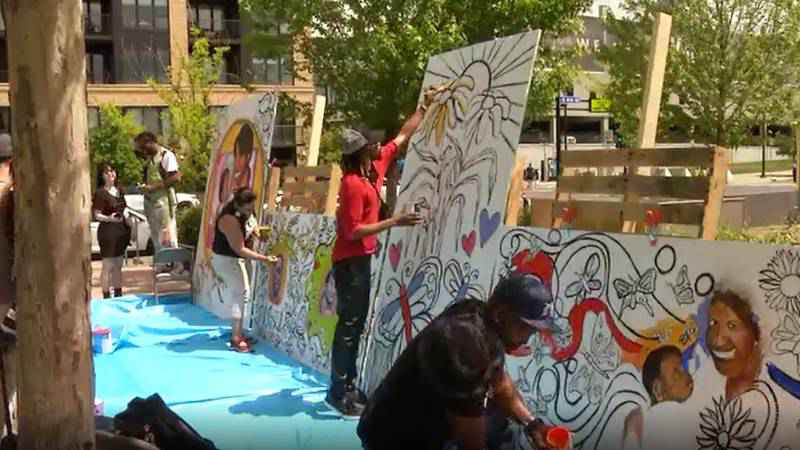 Strong was helping create murals from plywood used by local businesses. She hopes they send a message.

"His life mattered. He was a father, he was son, he was a brother and a friend," she said.

Ferdinand Gallardo from Eagan let his son miss school to attend the event. He said the lessons here might be more valuable.

"We wanted to bring our son here just to give him an understanding of what’s going on and why it’s happening," he said.

The Floyd family said they will continue to come back to Minneapolis and fight for change.

"There is a lot of work that has to be done," said Bridgett Floyd.