Eighteen-year-old Bobby Glenn Hawkins had nothing to say when he walked into the Hennepin County Government Center earlier this month.

Joined by his father and his father’s fiancée, Hawkins was there to be sentenced in connection with a robbery and attempted carjacking in January.

Hawkins was only 17 years old at the time of the crime but a judge ruled he could be charged as an adult. Hawkins ultimately pleaded guilty to possessing a gun while on probation for a previous robbery.

Despite appeals for leniency from defense attorneys, a judge sentenced Hawkins to five years in prison.

He is now among at least five teenagers linked to violent carjackings to receive the kind of serious punishment normally reserved for adults, but amid an unprecedented crime wave, a growing number of people in the Twin Cities and the surrounding suburbs say even more needs to be done. 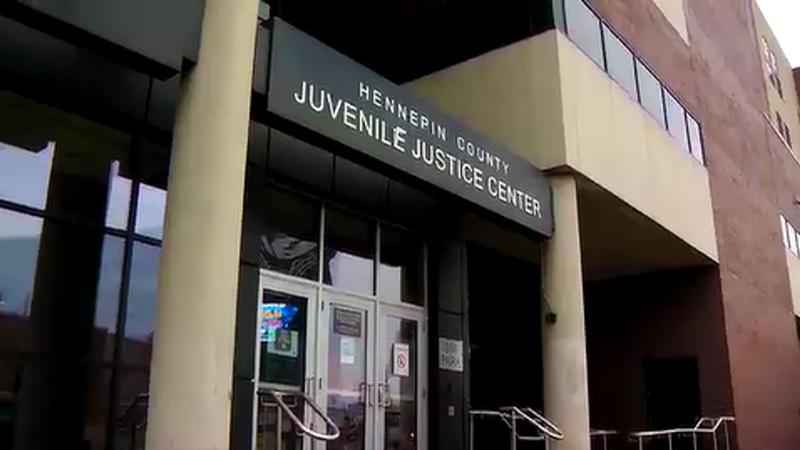 There have been more than 600 carjackings in Minneapolis alone this year — only a fraction of those responsible have been identified, arrested and charged.

Victims, advocates, prosecutors and others working in the juvenile justice system tell 5 INVESTIGATES there is no simple solution to the violence, but the pressure to find answers has never been higher.

Tom Arneson felt the intensity of that pressure at a public safety meeting in Edina last week. The managing attorney with the Hennepin County Attorney’s juvenile prosecution division was in attendance as a crowd of people, including victims of recent carjackings and a home invasion, demanded action.

Arneson says addressing the rise in that kind of violent crime is now the top priority in his office.

More than 68% of the carjacking cases in Hennepin County so far this year involve juvenile offenders.

“We’re taking these cases seriously, we’re prosecuting them,” Arneson said. “We’ve seen carjacking offenders as young as 12… The goal of the juvenile justice system is to rehabilitate children.”

The vast majority of the 100 carjacking cases sent to Arneson’s division this year have remained in juvenile court where all proceedings and outcomes are kept out of public view. But at least five recent cases involving teenaged suspects, including Hawkins, were so violent that prosecutors convinced the court they should be tried as adults.

Investigators said Hawkins and another suspect used a handgun and a hammer to rob a victim whose car was stuck in the snow on 35th Avenue South in Minneapolis in January.

Hawkins declined to stop and speak with 5 INVESTIGATES before his sentencing hearing, but inside the courtroom, his defense attorney argued the victim never positively identified the 17-year-old and said Hawkins had already experienced a “life of trauma” as a child.

Prosecutors told the judge that sending a juvenile to prison was “the state’s last option,” but noted Hawkins was already on probation for a previous robbery.

“There are public safety risks that cannot be managed any other way,” said Adam Tomczik, assistant county attorney.

The five-year prison sentence Hawkins received is similar to the punishment handed down in the other cases reviewed by 5 INVESTIGATES involving juvenile carjacking suspects who were tried as adults.

The level of violence and the previous criminal history of a juvenile are key factors in deciding who to charge as an adult, according to Arneson.

“It’s not a simple problem and there’s not a simple answer to it,” Arneson said. “Prosecution is one piece. It’s a very important piece, but we need to do prevention.”

Catherine “CJ” Johnson, director of Hennepin County’s Department of Community Corrections and Rehabilitation says her office and others are looking for “gaps” in the system that works to keep young low-level offenders from graduating to more serious crimes.

“The old school response of ‘lock ’em up and throw away the key’ doesn’t work because you’re not actually throwing away the key,” Johnson said. “No matter how long we lock up these juveniles for, they’re getting out and I don’t want them to be worse off when they do.”

Hennepin County recently enlisted the help of two community groups to work as “credible messengers” — an effort to connect with and mentor young people already involved with juvenile probation.

The county signed agreements in August with A Mother’s Love Initiative and We Push for Peace. The contracts could pay each group as much as $350,000 or more to do outreach through next year.

“Some of these kids are already engaged in these spaces and don’t know a way out. So how do we help them find that way out?” Johnson said. “For the young people who are involved in group violence, we often find that those folks who they will listen to are those who have already extricated themselves from that space.”

One of those people is Trahern Pollard, the founder and CEO of We Push for Peace.

“A lot of these young men and women, they’re in this revolving door. When they get out — although there are services that are available to them — there’s nobody that’s guiding and mentoring them to those services,” Pollard said.

When his group receives a referral from juvenile probation, Pollard says the young person will receive a mental health assessment as well as one-on-one counseling.

“You can’t really help a kid unless you know what you’re helping them with,” Pollard said. “And once we do that, we put them through the readiness program and through all of our partnerships… Now we’re showing up at their jobs. We’re going to have lunch with them. We essentially become big brothers, in most cases, fathers to some of these young men.”

For those such as Arneson and Johnson, balancing the need for consequences with diversion is key to making a lasting impact on the problem.

“It’s not just about the short-term gains, if we lock someone up for two weeks, that person is not committing crime for that two weeks, but what do we do when they get out?” Johnson said.

Melanie McCall is among those hoping for a lasting solution while still getting justice for victims.

McCall had just pulled into her garage in Minneapolis earlier this month when she says two unknown men robbed her at gunpoint.

“They were both shaking. Even the guy with the gun,” McCall said. “And that’s when it hit me — these guys are young.”

McCall was not physically hurt but the two young men got away with both her car and her husband’s vehicle.

She says she believes the city is at a “crossroads moment” as it grapples with how to address rising violent crime with a record low number of police officers.