4 Kimball cousin wrestlers, coached by their uncle, head to state prequalifiers with their team

A foursome of high school teammates who have wrestled together since pre-school are also cousins.

"It’s cool being with family and then also the team is kind of like family, that helps," junior Lucas Jurek said. 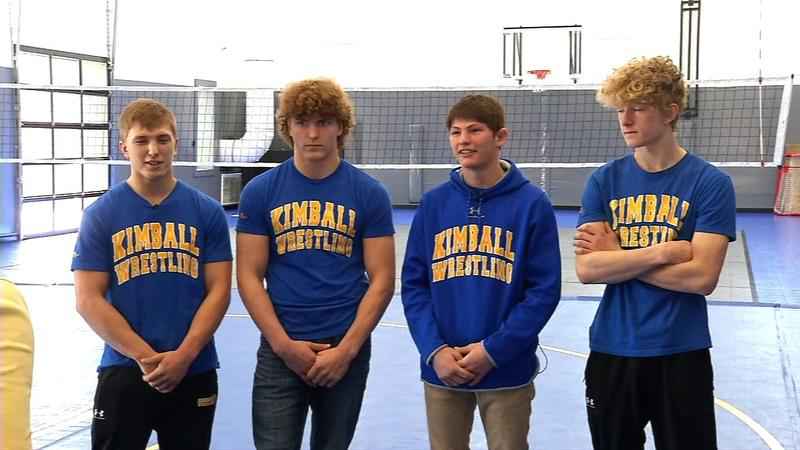 "I just beat them all," said Alex, who wrestles in the 138-pound division.

All four have been wrestling varsity since seventh grade and all say they love the sport.

"Just all the hard work you put into it when it pays off," Carter said.

"Yeah, if you put in the hard work you’re going to get the reward," Alex adds.

The rewards this year have been big: All four will head to Rochester on Saturday for the state wrestling prequalifiers and will be looking to win and move onto the state tournament a week later held in St. Michael.

The entire team is going for the first time in 10 years — they had to beat a top-notch competitor, Atwater-Cosmos-Grove City, to get there.

"It’s been my goal just to beat ACGC, and go to state as a senior, it’s pretty awesome," Alex said.

"We wrestle the first two matches as a team and then individuals are right after that," Zack said.

"It’s super exciting when they’re all getting points and really cool just to watch my cousins being in Kimball," younger cousin Teddy Fox shares.

Fox happens to be the son of assistant wrestling coach Ben Fox, who is also the uncle to the cousins.

"I’m very, very proud of my four nephews. They have put in a lot of work," Ben Fox said. "It’s what I love about the sport: You put in the work and the rewards come."

That love of the sport started more than 50 years ago with the family patriarch, Del Fox, who was part of the very first Kimball High School wrestling team.

The proud grandpa says wrestling has provided so many memories for his family, and reflecting on them is emotional.

The four cousins will weigh in and compete, along with the rest of their team, on Saturday.