UPDATE: Authorities are investigating a four-victim homicide in western Wisconsin.

The Dunn County Sheriff’s Office confirmed Monday night that four people were found dead in an abandoned black SUV that was driven into a standing cornfield in the town of Sheridan. The victims were initially found after officials received a 911 call reporting a death at 2:18 p.m. on Sunday.

According to the sheriff’s office, the victims don’t appear to have any connection to the area.

The sheriff’s office said a second dark-colored SUV may have been traveling with the black SUV and may be related to the incident.

Anyone who has information or saw a black SUV with Minnesota license plates in the area is asked to call the sheriff’s office at 715-232-1348. 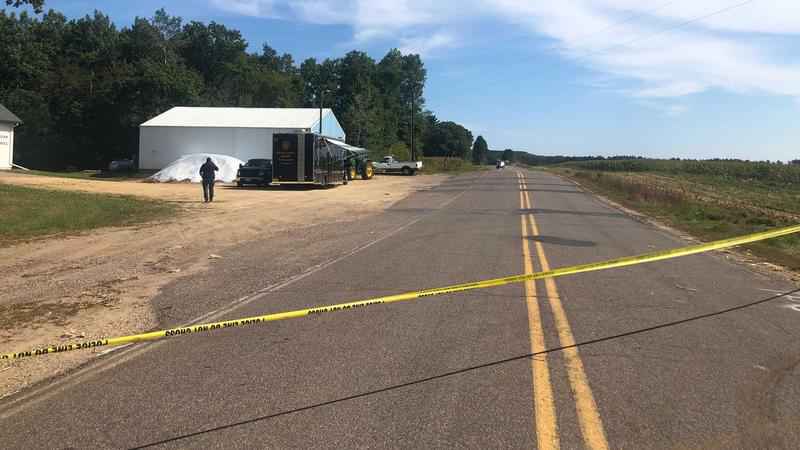 Authorities said they don’t believe there is any current danger to the public.

The Dunn County Sheriff’s Office is investigating what it is calling a "suspicious death scene" in the northern part of the western Wisconsin county.

According to officials, on Sunday at about 2:18 p.m., the Dunn County Emergency Communications Center received a 911 call reporting a death in the town of Sheridan. Officers have been investigating the death since Sunday afternoon.

The sheriff said they found a car in a cornfield along Country Road VVV, which he said was part of a privately owned farm. Investigators combed the area for evidence Monday afternoon.

The sheriff’s office is asking the public for information regarding a person who was walking in the area or possibly going to a residence to ask for a ride late Saturday night or during the early morning hours Sunday.

The sheriff said they do not have anyone in custody. He noted the suspect may no longer be in the area and he does not believe there is a threat to public safety.

Police are asking residents in the area to be vigilant about securing their doors and be aware of their surroundings. No further context was provided.

If anyone has information to provide to law enforcement regarding this case, they are asked to call the sheriff’s office at 715-232-1348.

Be sure to refresh your browser for the latest updates as KSTP gathers more information.