Injuries were noted in 26 crashes, with one fatal crash. 311 vehicles spun off the road and there were 21 jackknifed semis.

The snow totals varied around the metro, but St. Paul was one of the hardest hit cities with 21 inches of snow. Woodbury received 20 inches, and Eagan saw 17 inches fall. 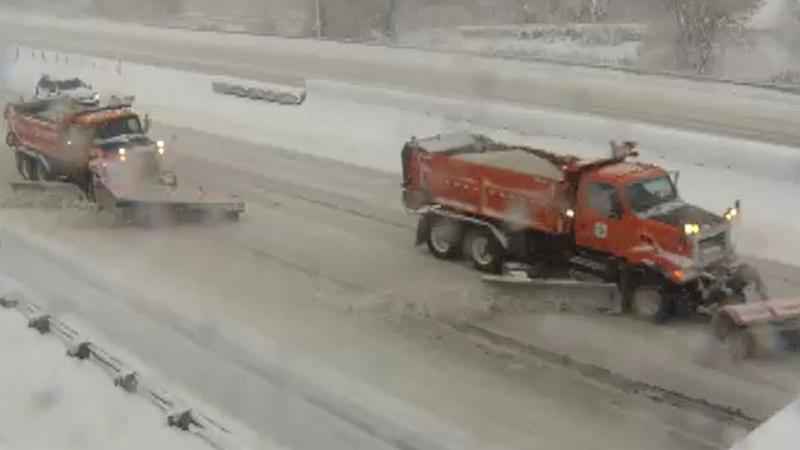 A file photo of snowplows.[KSTP/File]

Minneapolis-St. Paul International Airport had almost 12 inches of snow, and according to airport officials, they had to cancel more than 190 flights.

All the snow caused a number of crashes; from 6 a.m. Friday to 8 a.m. Saturday, the state patrol reported a total of 280 crashes, 21 of which caused injuries. There were also an additional 266 vehicles that spun out.