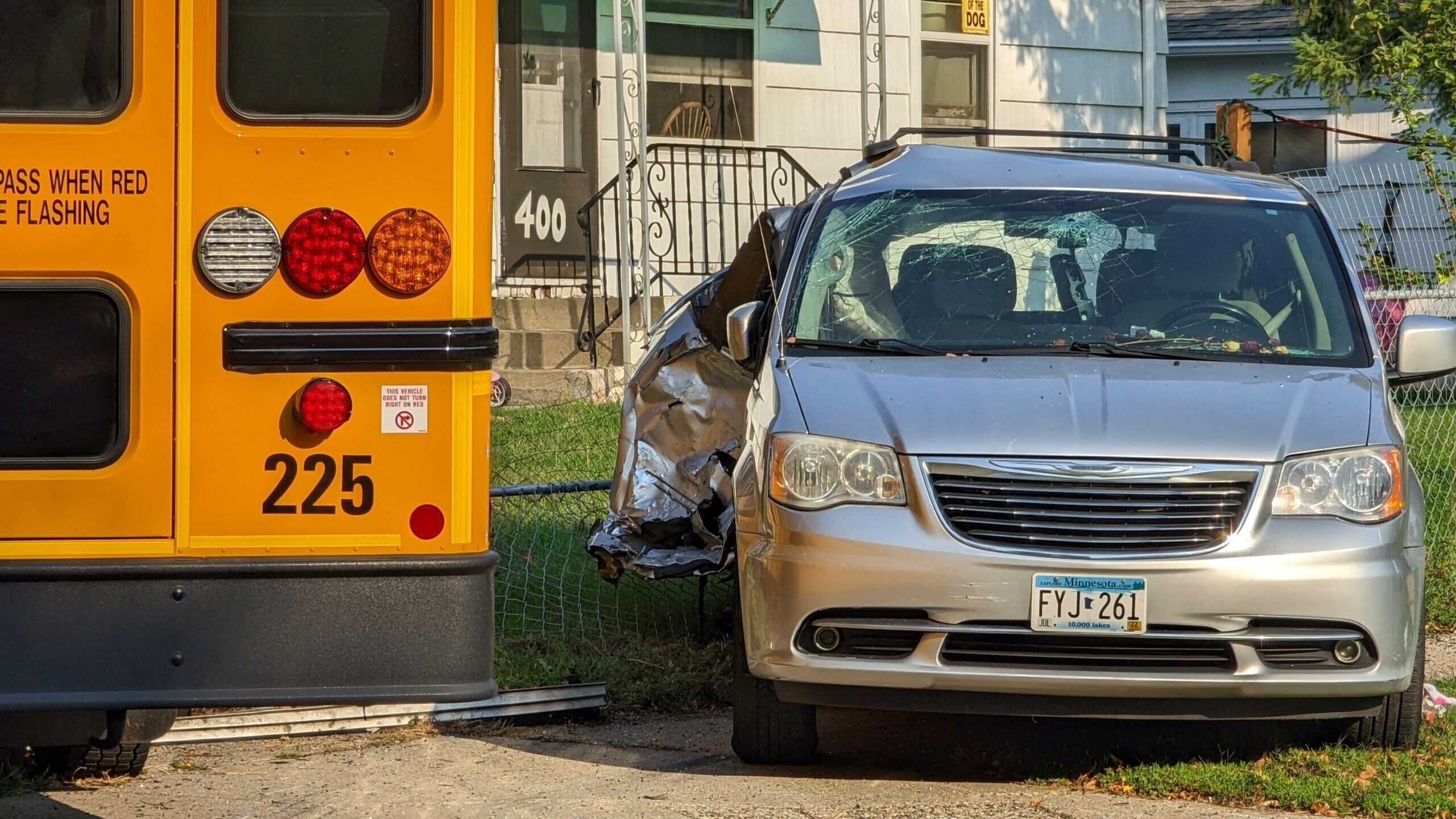 The scene of a crash between a school bus and a van in Minneapolis Tuesday morning. Credit: Nate Bergeson/KSTP

According to a spokesman with the bus company, no students were on the school bus during the crash.

The spokesman says a van crashed into a fence after being hit by the bus.

There were three people inside the van. The extent of their injuries are unknown at this time.

5 EYEWITNESS NEWS is working to gather additional details about the crash, and will continue to update this story as information becomes available.