Police were at the scene of three separate investigations in Minneapolis overnight Tuesday into Wednesday.

An investigation was underway in the area of Riverside Avenue and South Sixth Street at about 2:30 a.m. Wednesday.

A 5 EYEWITNESS NEWS crew at the scene reported an ambulance left the scene with lights on.

An update from the Minneapolis Police Department stated officers were called to the area on a report of a shooting. Police said a man in critical condition was taken to a nearby hospital.

Police said the man had no information about the suspect in the incident. Police have not yet made any arrests in the case. 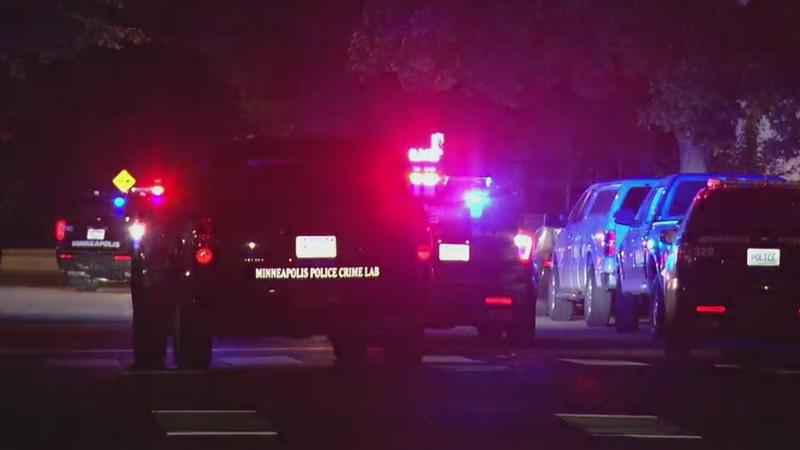 Earlier, according to a 5 EYEWITNESS NEWS crew in the area of East 34th Street and Chicago Avenue, officers were collecting evidence around midnight Wednesday.

Officers were called to the area on reports of shots fired and a ShotSpotter activation.

Police found a man with head wounds who was then transported to a nearby hospital.

Police said they are investigating the incident as an aggravated robbery. No arrests have yet been made.

At about 8 p.m. Tuesday, a 5 EYEWITNESS NEWS crew was also at the scene of an investigation near Bryant Avenue North and North 35th Street in Minneapolis.

Police said officers were called to the area on multiple 911 calls and a ShotSpotter activation.

Upon arrival, officers found a woman suffering multiple apparent gunshot wounds. The woman was transported to North Memorial in serious condition. Police said the woman and the suspect, who has not yet been located, may know each other.

Police have not yet made any arrests in the case.