A passerby alerted responders of the fire overnight at Lynde Greenhouse & Nursery on Pineview Lane, according to crews at the scene.

Because it happened outside business hours, owners were not there, and the fire spread through the buildings.

Firefighters say the greenhouse environment includes elements – like peat moss, plastics and gas for internal climate control – that can make a fire worse.

“Fuel in any building is going to add to the intensity of the fire … When you start talking about peat moss, plastic containers, I believe there are a lot of plastics and petroleum products that add to that,” Maple Grove Fire Rescue Chief Tim Bush said. 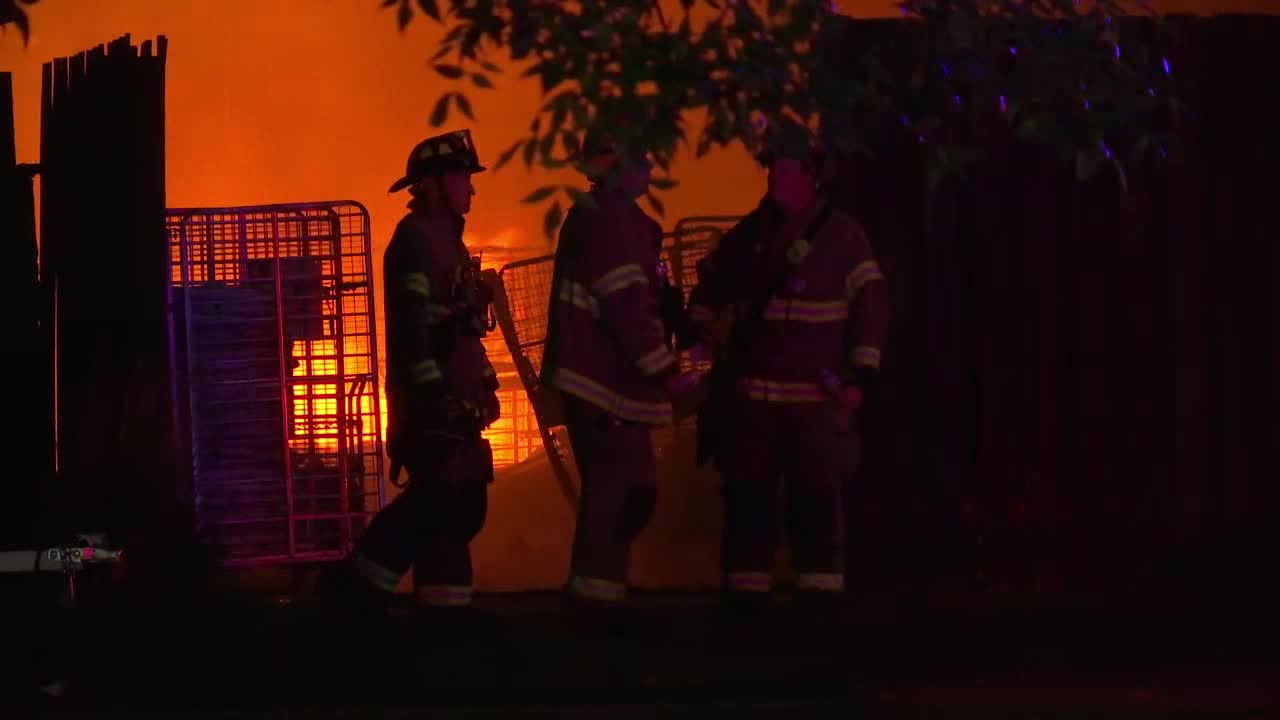 Firefighters work to put out a fire on Oct. 2, 2022 in Maple Grove. (Alyssa Marrall/KSTP)

5 EYEWITNESS NEWS reporter Andrea Lyon was at the scene Sunday morning to see firefighters knock down the flames then get to work removing the hottest parts of the rubble.

Around 8 a.m., firefighters told Lyon they had begun removing hot and charred areas to get at what is underneath, which is a labor intensive process. Crews are expected to be working for the rest of the morning.

The Minnesota State Fire Marshal Division is investigating the cause of the fire.