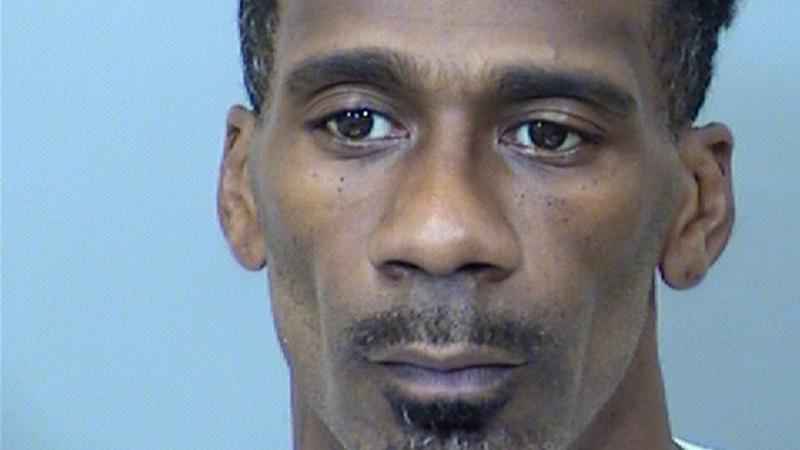 Antoine Darnque Suggs, 38, has been charged in connection to a quadruple homicide that happened in St. Paul this month.

Suggs faces four counts of second-degree murder (with intent), according to court records. Another man, Darren McWright, who also uses the last name Osborne, was arrested on Sept. 16 in relation to the case. Suggs was arrested in Arizona and remains there, awaiting extradition to Minnesota.

According to the criminal complaint, Jasmine Christine Sturm, Matthew Isiah Pettus, Nitosha Lee Flug-Presley and Loyace Foreman III were found dead in an abandoned SUV in a cornfield in the town of Sheridan, Wis., on Sept. 12.

Damone Presley, Flug-Presley’s father, told KSTP he was "grateful" that murder charges were filed on Tuesday.

Police found blood spatter in a rear wheel well, leading them to believe the murders occurred elsewhere and not where the SUV was currently sitting at the time. Six spent shell casings were found in the interior of the SUV, which authorities learned the vehicle was loaned to Suggs after they found his Arizona identification card inside the SUV.

Police reviewed video surveillance near the White Squirrel in St. Paul after investigators found a receipt from there that was dated Sept. 12 at 1:38 a.m., as well as surveillance in western Wisconsin. According to the complaint, a black Mercedes-Benz SUV and a black Nissan Rogue associated with Suggs’ mother had pulled into the parking lot of a gas station in Wheeler, Wis. around 12:08 p.m. The gas station is located about 10 miles away from where the bodies were recovered. Suggs and Osborne eventually left, and left blood evidence at the gas station that police discovered later.

Witnesses told investigators they witnessed the group consisting of Suggs, Sturm, Flug-Presley, Pettus and Forman at a couple of bars along Seventh Street West in St. Paul after midnight. The last time a witness said she saw the group was when they left a second bar after going to Shamrocks. She noted that Flug-Presley did not make any posts to her Snapchat account after she left.

According to surveillance video and data from Suggs’ cellphone, the SUV returned to the area of the White Squirrel around 2:50 a.m. Phone data shows that Foreman created a contact for Suggs and put his phone number into his phone at 3:08 a.m. The SUV then remained parked until 3:30 a.m. CCTV video shows the SUV traveling westbound on Seventh Street toward Shepard Road, but then it returned to Seventh Street and headed eastbound. Video showed the SUV at 3:48 a.m. near Seventh Street and Walnut Street, and an already slumped over Flug-Presley in the passenger seat.

Investigators believe that Suggs killed the four victims in the area on Seventh Street between 3:30 a.m. and 3:48 a.m. on Sept. 12.

The criminal complaint states that Suggs called his father, identified as Osborne, around 4:30 a.m. The call went unanswered, and police note that Suggs was in the same area as his father’s house. Surveillance video spotted the SUV traveling with the Nissan Rogue at 7:42 a.m. along University Avenue and Eustis Street in St. Paul. Suggs later stopped at a gas station that spotted Flug-Presley in the same position as she was before, and positively identified Suggs when he walked into a store since he wasn’t wearing a face mask.

A combination of cellphone tower data and Minnesota Department of Transportation video showed Suggs’ and Osborne’s journey across the border into Wisconsin later that morning. The SUV was found in the early afternoon hours.

An autopsy report revealed that all four victims died of gunshot wounds to the head. Flug-Presley died from a gunshot wound to her mouth.

Osborne was arrested. He admitted to police that Suggs told him that "he snapped and shot a couple of people." He denied ever seeing any of the victims inside the vehicle.

Suggs was charged on Sept. 15 with four counts of hiding a corpse in Dunn County. Then, two days later, Suggs turned himself in to Arizona police on the Wisconsin charges. The complaint notes that Suggs has a prior felony conviction for possessing a firearm.