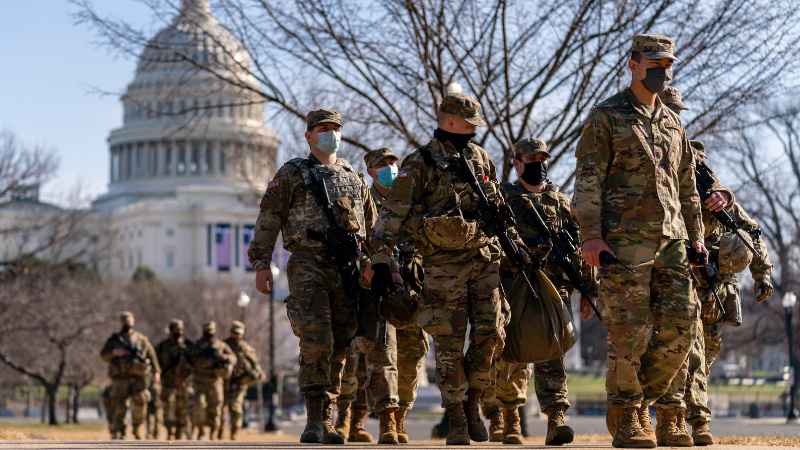 Members of the National Guard patrol outside the Capitol Building on Capitol Hill in Washington, Thursday, Jan. 14, 2021.[AP Photo/Andrew Harnik]

Army officials have been grappling with requests for assistance from a number of law enforcement agencies who will be providing security across the city and surrounding the U.S. Capitol. Officials said Thursday that in the ongoing discussions with law enforcement, it has been determined that 21,000 Guard members should be enough. Others said requests for assistance at one point totaled as many as 26,000, but officials said those were not formal, official requests.

Officials had initially said up to 15,000 would be needed, but law enforcement had asked for more help locking down the Capitol and the city. Officials also said that the total still may grow.

The U.S. officials weren’t authorized to discuss security details publicly and spoke on condition of anonymity.

As of Thursday, there are roughly 7,000 Guard members in Washington, with thousands more on the way.