21 years ago, Joe Mauer left a seat at the table. That act is leaving an impact today.

Elk River was designated as “Energy City” in Minnesota, and in the historic downtown, there is an energy that is palpable in one of the buildings.

The northwest-metro-based nonprofit called Thumbs Up for mental health was founded by Katie Shatusky.

“It’s just a safe place for kids to come and hang out,” Shatusky said.

Thumbs Up offers eight programs, including an after-school space for teens.

“The whole thing kind of started with my grandfather,” Shatusky explained. Her grandfather, Bob, suffered depression and died by suicide. 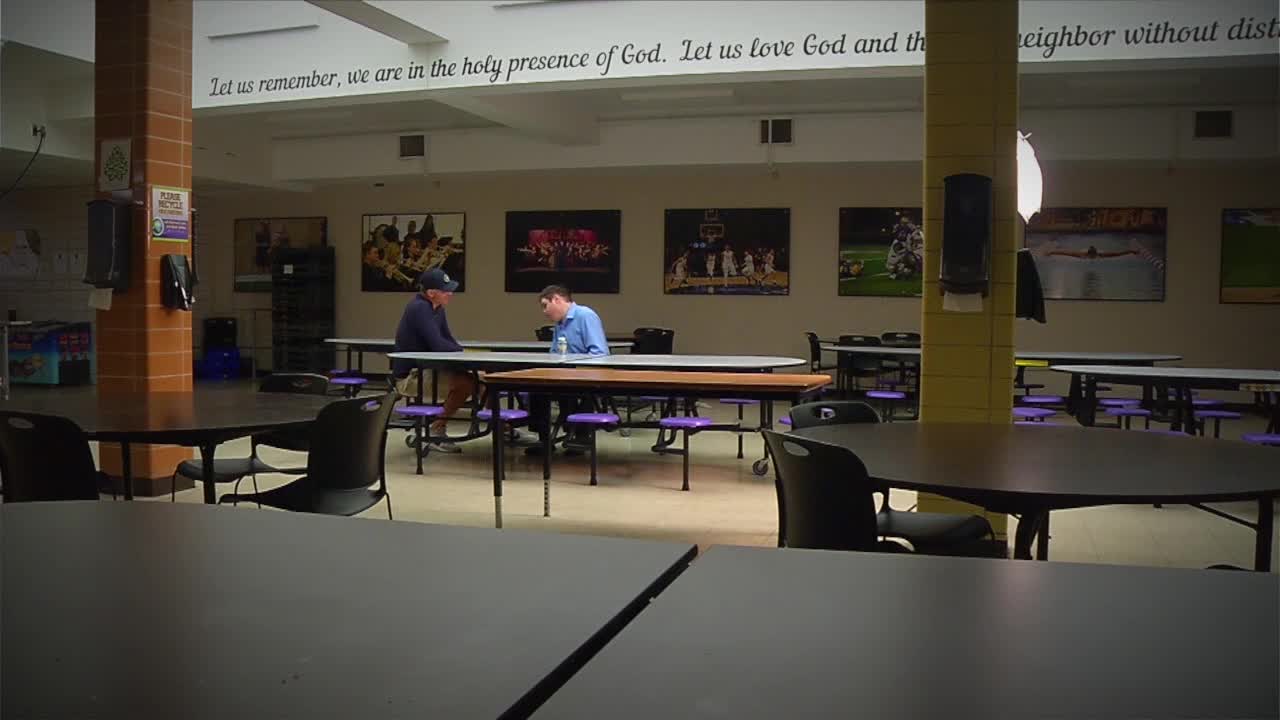 “My grandmother didn’t want to talk about how grampa died. … It was generational,” Shatusky said. “Grampa lost one of his brothers to suicide too.”

While Katie was struggling and searching for a purpose, she read a story from the book “Silent Impact” by KSTP’s own Joe Schmit.

“My husband Todd gave me this amazing book by you for Valentine’s Day, and I could not put it down,” Shatusky told Schmit, noting the chapter she read was “The Story of Joe Mauer.”

The same Joe Mauer is a Minnesota Twins legend who played 15 years for his hometown team. Mauer was a six-time All-Star, three-time batting champ and 2009 American League MVP. His jersey number is retired by the Twins.

Twenty-one years ago, Mauer was a senior at Cretin-Derham Hall High School. He was one of the best high school athletes the state of Minnesota has ever produced. He was recruited by all the major college football programs to be their starting quarterback and was an All-State guard in basketball.

But baseball was Mauer’s best sport, and with the very first pick in the amateur draft, the Minnesota Twins took him.

In Mauer’s senior year, after his fourth-hour class, he walked a student by the name of Mike Hally to the lunch room and invited him to sit at his table. Hally is blind and normally sat alone at lunch. But he was never alone again.

That story, and her grandfather’s tragedy, made an impact on Katie Shatusky.

“I thought … ‘Somebody like that can do something for others, why can’t I do something?'” Shatusky explained. “I was actually out for a run one day, and I will never forget this moment. I actually stopped, I was on the Orono bridge, and I snapped a picture of my shoes and hashtagged ‘run for mental health’ on social media.”

“That’s kind of where my ‘Aha!’ moment came. How can I make a silent impact and do something for others who are struggling with and also help those families who lost loved ones to suicide?” Shatusky said.

It wasn’t long before the Mauer and Hally were walking down memory lane — the hallways they navigated together almost every day two decades ago.

“If more athletes followed his example, there would be fewer lonely kids without someone to eat with,” Hally said during their reunion. Mauer concurred, telling 5 EYEWITNESS NEWS, “You treat people how you want to be treated. You treat people with respect, and usually, that is returned.”

The reunion was videotaped because Thumbs Up knows the power of this story could change mindsets and even change lives.

“What I would love for that video is to be shown in every homeroom class too, and that kids can just see Joe and what he did for Mike that day,” Shatusky said. “Hopefully, it just inspires them to say, ‘You know what, I see somebody sitting alone. There’s no reason why they can’t come sit at our table too.'”

“Thank you for the time you put in,” Hally said during their reunion. “The kindness you showed for the short year, we did have fun together, and I am a better person for it.” Mauer agreed.

The Thumbs Up charity is proof that even in the darkest times, there can be light.

“How can we turn a light on a dark topic,” Shatusky explained. “That’s where the thumbs-up comes from. That was my grampa’s thing. At his house, he always had a smile on his face and a thumbs up.”

An unselfish act of kindness, and a woman with a purpose, prove that you don’t have to move on. But when you move forward, amazing things can happen.

“I just think he’d be so proud,” Shatusky said. “I think he wishes he would have stayed, but hopefully he knows, oh, I think he’s looking down, giving a big thumbs up, I hope.”