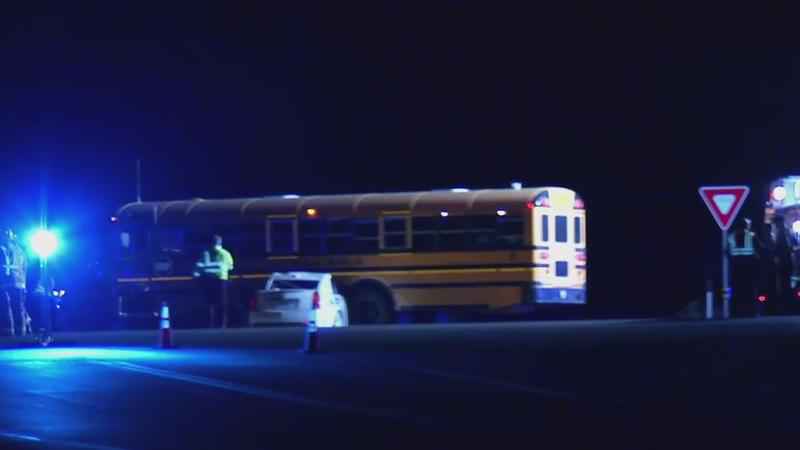 A 21-year-old killed in a Carver County crash that involved a school bus on Tuesday has been identified.

According to the Minnesota State Patrol, the crash happened at about 7:51 p.m. in the area of Highway 212 and County Road 31.

The state patrol reported the school bus was traveling north on County Road 31, making a left turn onto westbound Highway 212 when a Cadillac CTS, driven by Follestad, collided with the bus in the intersection.

Two kids, ages 12 and 14, suffered injuries that were not considered to be life-threatening. The 78-year-old bus driver was not hurt, troopers said.

Follestad was initially transported to Hennepin County Medical Center with life-threatening injuries. She was pronounced dead later on Wednesday.