A 20-year-old motorcyclist died after a crash along Highway 7 in Shorewood.

The crash happened just before 7 p.m. Tuesday and temporarily closed a portion of the highway near Eureka Road.

The incident report identified the motorcyclist as 20-year-old Parker Nelson, of Wayzata.

The 16-year-old driver of the Honda Pilot was taken to a nearby hospital, according to the report. Her condition was not reported. 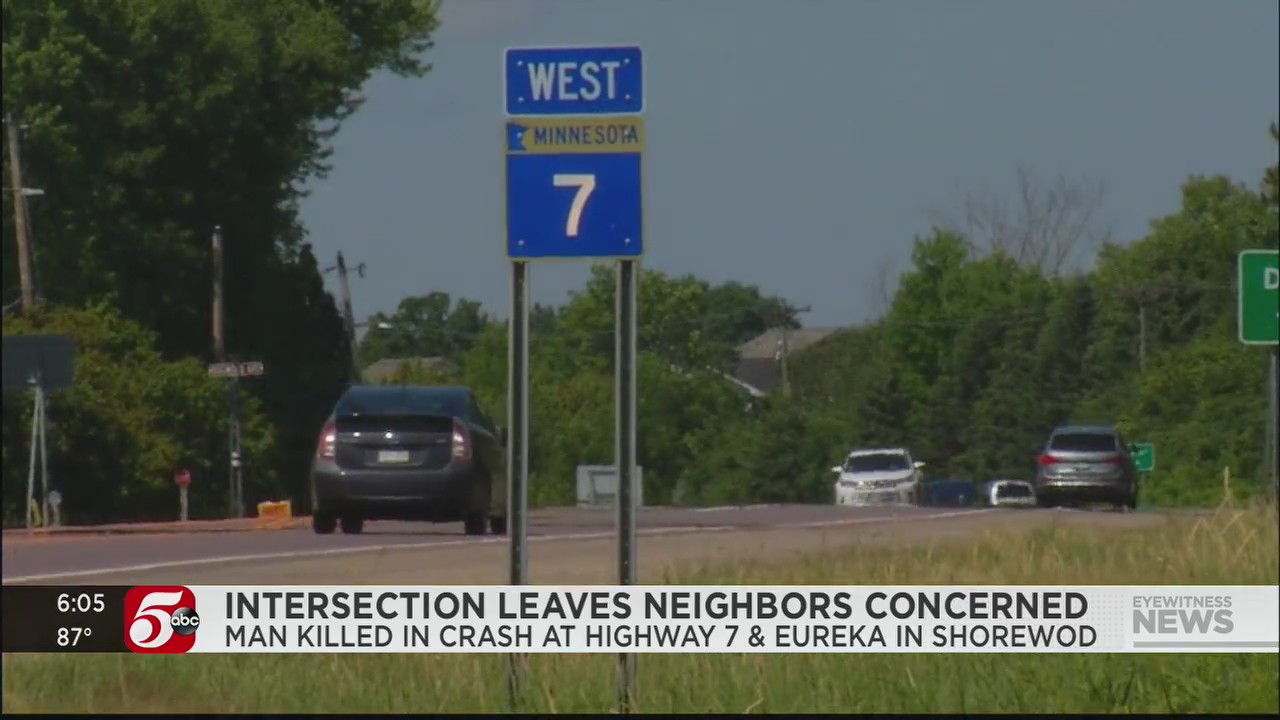 Shorewood Mayor Jennifer Labadie called it a dangerous intersection and said she plans to reach out to the Minnesota Department of Transportation.

"Either get some traffic controlling measure, a stoplight, a roundabout, anything," Labadie said. "We would take any help we can get."

MnDOT told 5 EYEWITNESS NEWS there have been 10 accidents at Highway 7 and Eureka Road over the last five years. None were fatal until Tuesday. MnDOT also said it has no projects planned and hasn’t received any concerns about the intersection.