It’s a place of hope and possibility.

“There is a great need for shelter,” said Major Scott Shelbourn, the Salvation Army’s Twin Cities commander. “You can drive anywhere downtown, even in these winter months, and you’ll see people out on the streets.”

Dozens of former medical offices in the sprawling structure, along West Exchange Street, are to be converted into affordable care units.

Shelbourn said this will be a multi-year project that will cost roughly $20 million. 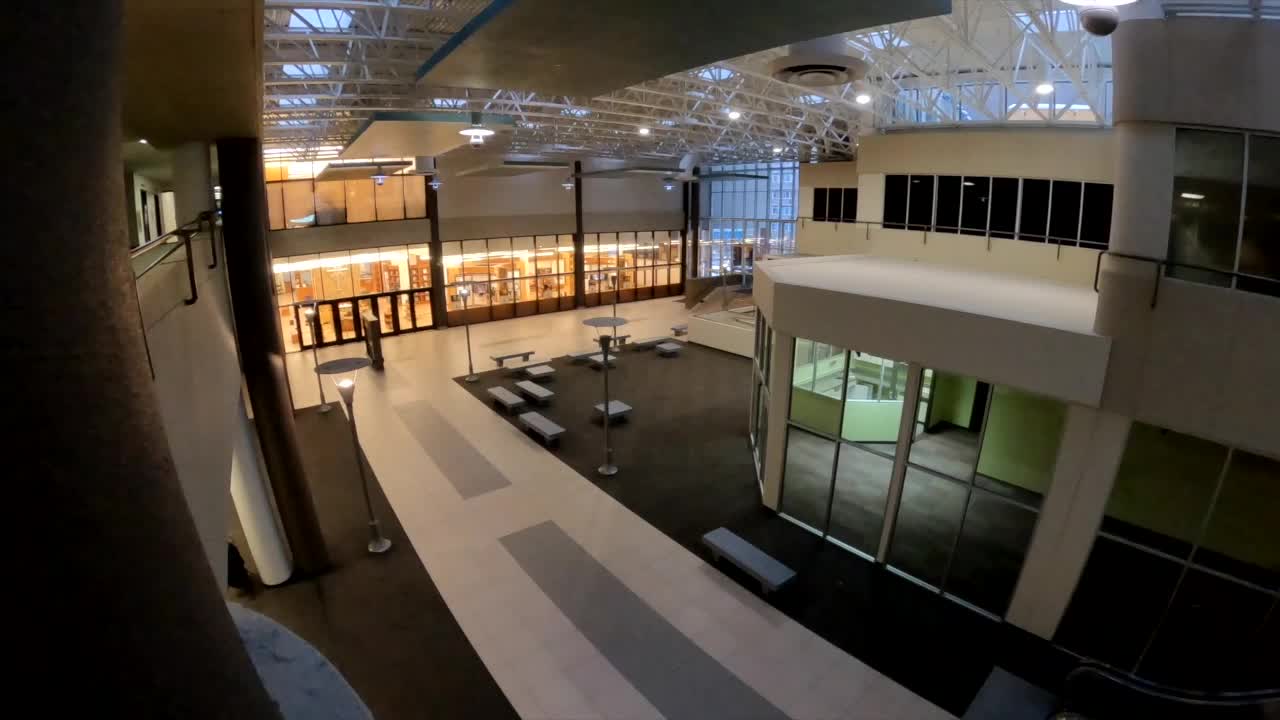 “It’s going to cost a lot of money to get this building to where it needs to be, to do any kind of programming in it,” he said.

For the first time, 5 EYEWITNESS NEWS got a chance to take a look inside the 108,000 square foot, eight-story building.

Shelbourn said the Salvation Army doesn’t want to set up an overnight shelter, where people would check in and leave.

He said he wants spaces for people to live.

“What we’re looking for is long term, kind of transitional housing or some kind of affordable housing, either for singles, or for families,” Shelbourn said.

Experts say the need is urgent.

The Minnesota Housing Finance Agency says statewide, there are 240,000 renters making $50,000 or less a year, who are cost-burdened by their housing.

Meaning, they spend 30% or more of their income on a place to live.

“I would say the situation for people who are paying too much for housing and who are looking for affordable housing is dire,” said Rachel Robinson, the agency’s deputy commissioner. “These people may be working minimum wage or even above, but the private market just doesn’t provide housing that’s affordable to people who earn the least in our state.”

But help is on the way on both sides of the Mississippi River.

It will include the conversion of 16 family home sites into 84 affordable housing units for low-income families or those transitioning from homelessness.

Hundreds of families are expected to benefit.

“It’s giving people who are experiencing homelessness that next rung on the ladder to pull themselves out,” Mayor Jacob Frey told reporters. “That allows them to take a breath, close the door on the world, and rejuvenate for the next day.”

But in St. Paul, with the Gallery Building, there’s a different approach.

At the end of December, Roseville developer Basir Tareen and a business partner donated the entire structure to the Salvation Army, despite an offer to sell it.

“We did have an offer to sell it, sell the building for several times what we paid for it,” he said. “We looked for all the uses for it. We really felt that this building would be best used for some type of shelter housing.”

Tareen, who bought the property in 2021 for about $600,000, said construction costs, interest rates and the need for transitional housing, pointed him and his partner to several non-profits.

They agreed the Salvation Army would be the best fit.

“If you have a non-profit, that has the expertise, they get tax exempt status,” Tareen said. “So in a lot of ways, they have the abilities to do a lot of things that can’t be done in the private sector.”

“Any increase in affordable housing in the region is a plus in our eyes. It can’t come soon enough,” said Lorna Schmidt, the Director of Public Policy and Advocacy. “We have people every night that are sleeping outside on cots and in shelter beds. So bringing this online would be a great opportunity to meet the need that we see here.”

These are lease-building tenants, she explained, who pay between $300-$1041 in rent per month, but she said people on the higher end of payments get assistance from the state in covering costs.

Schmidt said Catholic Charities also provides overnight shelter for about 274 people and their service center also works with about 10,000 people a year.

“So we know we need thousands of more units all across the state. We need thousands or hundreds more here in the Twin Cities metro region,” she said. “To have something (Gallery Building) so close to campus serving so many needs is really filling an important gap.”

Shelbourn said this isn’t just a matter of just moving in.

He said it will cost roughly $20 million to rehab the building, buy furniture, and convert the doctors’ offices into affordable housing units.

He hopes to open some office space in the atrium by sometime in the spring.

The plan also includes the Salvation Army linking new residents to counseling and other services to help them adapt to living in this new environment.

“It’s beyond the problem that we don’t have enough bed space — which we don’t in the community,” Shelbourn said. “But also that we need more mental health avenues to help — help really alongside these people and help them understand there’s a better way to live.”