Two people have been charged in connection with a Minneapolis shooting that critically hurt a forensic scientist for the city at the end of April.

Forty-one-year-old Timothy Allen Amacher, of St. Paul, and 24-year-old Colleen Purificacion Larson, also of St. Paul, have each been charged with one count of first-degree premeditated attempted murder. Amacher also faces a count of aiding an offender.

The shooting happened just after 7:30 p.m. on April 20, near the intersection of Malcolm and University Avenues southeast outside of the Family Wise family support center.

5 EYEWITNESS NEWS later learned the woman critically hurt in the shooting is a forensic scientist for the city of Minneapolis. 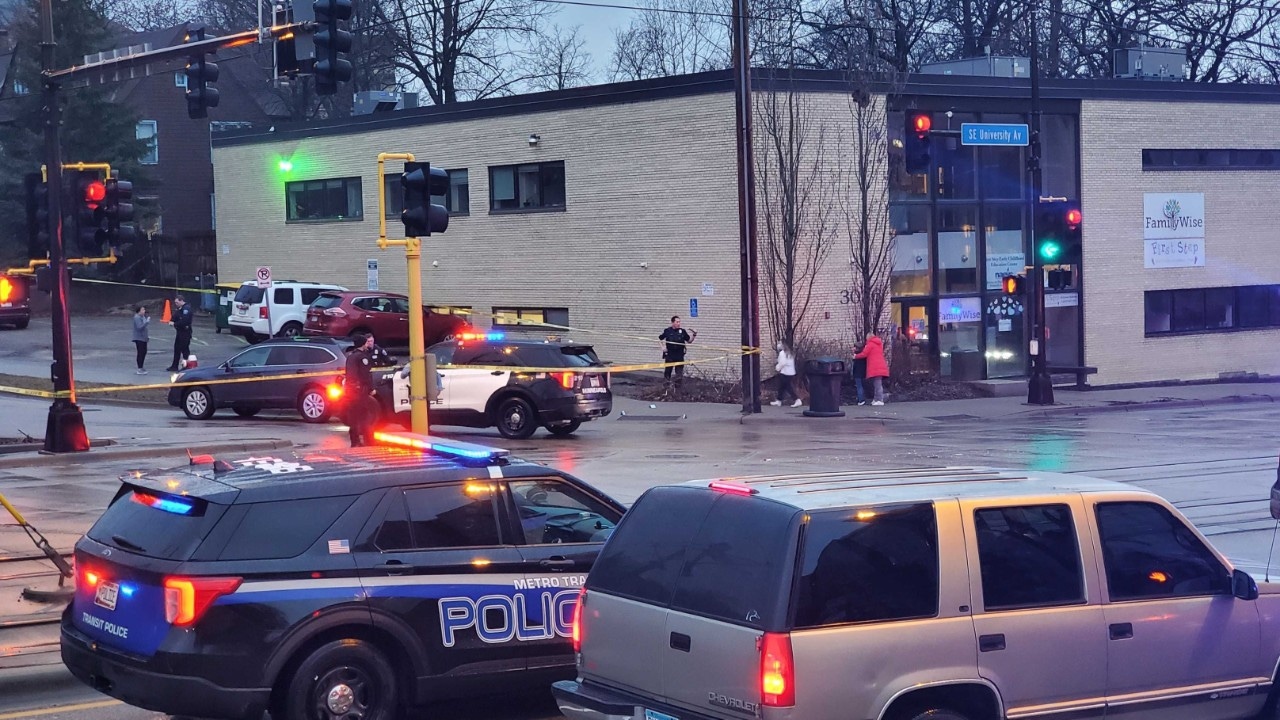 Police block off the scene where a woman was critically injured in a shooting Wednesday, April 20, 2022, in Minneapolis. (KSTP/Erik Rognerud)

Responding officers arrived to find the woman in the family support center’s parking lot. A witness was also present, using her coat to try to stop the woman’s bleeding.

Officers learned the woman was at the center to pick up her child, who she shares with Amacher. Amacher and the child were inside the center when the shooting happened.

Those at the center told authorities Amacher and Larson are in a relationship.

Officers reviewed the center’s surveillance video, which allegedly showed the woman waiting, prior to the shooting, in her vehicle in the parking lot. Video reportedly then showed the driver of a 2022 Dodge Ram without a license plate parked and got out, wearing all black clothing, a medical mask and gloves. The driver, later identified as Larson, hid behind a fence until the woman exited her vehicle. At that point, surveillance video reportedly showed Larson, holding a firearm, run up to the woman. The shooting happened outside the surveillance camera view, according to officers.

When asked if he had any idea who might have shot the woman, Amacher reportedly said “absolutely,” and claimed the shooting must have been related to her work as a forensic scientist.

Investigators learned Amacher had purchased a 2022 Dodge Ram in January. They obtained a search warrant for the GPS data associated with the Dodge Ram. Investigators were able to determine Amacher had switched vehicles with Larson at his place of work before Larson took the vehicle to a St. Paul residence, and then to the family support center.

Investigators also obtained a search warrant for the St. Paul residence and found multiple firearms and several .380 discharged cartridge cases. The Hennepin County Crime Lab determined the cartridges matched the cases at the scene of the shooting.

Amacher initially denied the Dodge Ram at the scene of the shooting was his. During the same interview, when asked what guns he owns, he did not mention a .380 but when pressed, said he used to have two .380 pistols.

Larson denied being involved and said to investigators she was at home in St. Paul when the shooting happened.

The woman suffered gunshot wounds to the arm and neck, causing internal injuries including a perforated lung. She remains hospitalized but is expected to survive.

Bail has been set at $1 million for Larson and $100,000 for Amacher. Their next court appearances are expected to take place Tuesday afternoon.