UPDATE 7:30 a.m.: All flames have been extinguished in Wednesday morning’s three-home blaze that started at 2817 14th Ave. S. in Minneapolis, the fire department says.

Fire officials say two adults and their pets were evacuated from 2819 14th Avenue S., and although the Red Cross was called to help the family, no injuries were reported.

Both neighboring homes have been deemed uninhabitable and will be boarded up after the investigation is done.

Crews were unable to search the inside of the home where the fire started because of the magnitude and instability of the fire, but the home was initially said to be vacant and boarded up.

The cause of the fire is unknown at this time, and authorities are investigating. 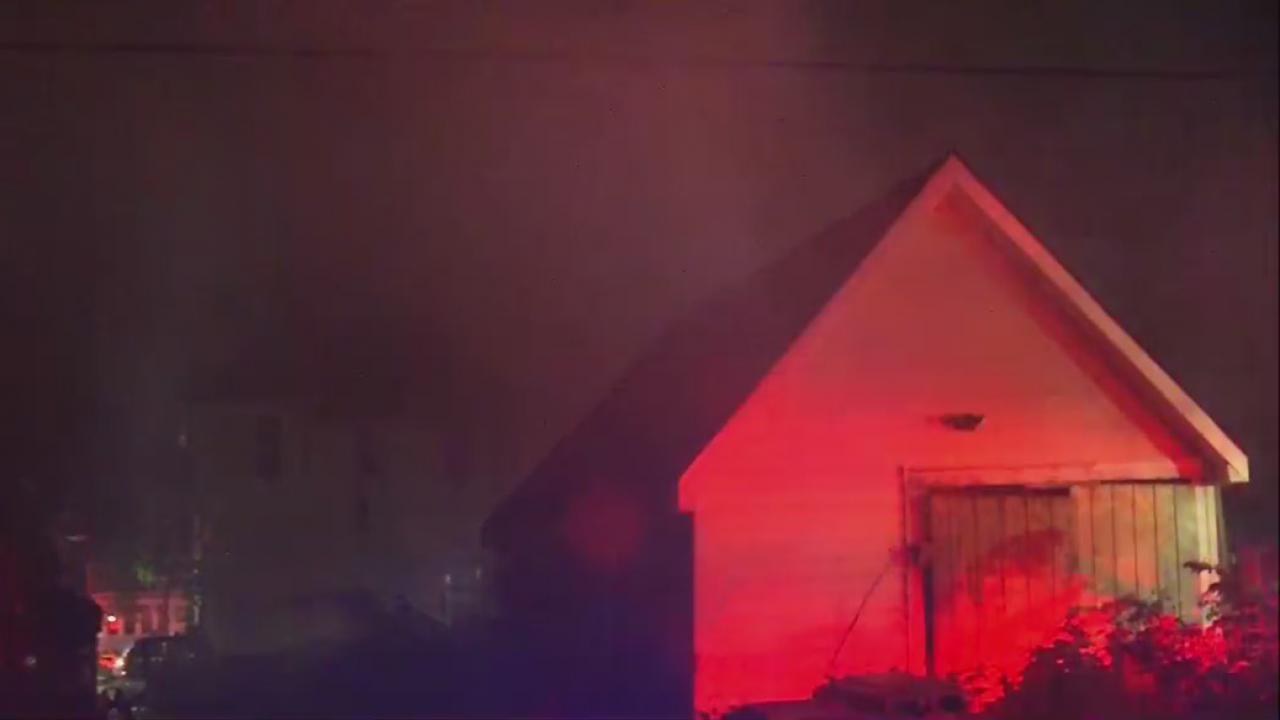 Minneapolis fire officials initially reported that the fire was on the 2800 block of 17th Avenue South, but have since corrected the street to 14th Avenue South.

INITIAL REPORT 6 a.m.: At around 3:50 a.m. Wednesday, Minneapolis crews were called to a fire that had engulfed one home and spread to the interiors of two neighboring homes and a garage, Assistant Fire Chief Melanie Rucker says.

Rucker says the two-and-a-half story home where the fire started – a vacant, boarded building at 2817 17th Ave. S. – has collapsed.

“Older homes and balloon construction homes where the fire gets in the walls and spreads pretty quickly… If it isn’t reported quickly, it will build and grow quickly,” Rucker says.

High winds were also reported to exacerbate the fire.

The home to one side of the original fire, No. 2815, was vacant, and at least two people were evacuated from the home to the other side, No. 2819.

The fire was raised to a third alarm, and Rucker says both neighboring homes may be uninhabitable.

“Crews are continuing to overhaul and to extinguish fire that is in both the exposure homes,” Rucker said just after 5 a.m.

At this time, no injuries have been reported. Fire crews knocked on some nearby doors, and Rucker says other neighbors did self-evacuate.

Due to recent high temperatures and the magnitude of the fire, additional crews and equipment have been called to fight the fire. Rucker says no firefighters have been injured.

The fire is expected to be fully extinguished in the next hour or so.

Watch neighbor Rebecca Harris’s footage of the incident in the Facebook video below.