The US has ordered enough Paxlovid, a COVID-19 treatment pill, for 20M people. We look into why it’s considered so effective.

There’s a new anti-viral drug on the market to treat COVID-19. These little pills, called Paxlovid, are considered a game-changer.

“Paxlovid is an anti-viral designed to treat COVID-19,” explained Dr. Zeke McKinney, a HealthPartners physician and the Twin Cities Medical Society president. “The drug is attacking the virus in such a way that the virus will stop replicating. Ultimately, replication of the virus is how all the bad stuff that’s going to happen, does happen.”

First approved in December, the Pfizer drug was initially in limited supply.

But now, the U.S. has ordered enough Paxlovid for 20 million people, enough to last for several months.

“They reduce the hospitalization rate by about 90%, so that’s a big benefit,” said Dr. Frank Rhame, an infectious disease physician at Allina Health. “We have a couple of other alternatives, but this one is the biggest benefit.” 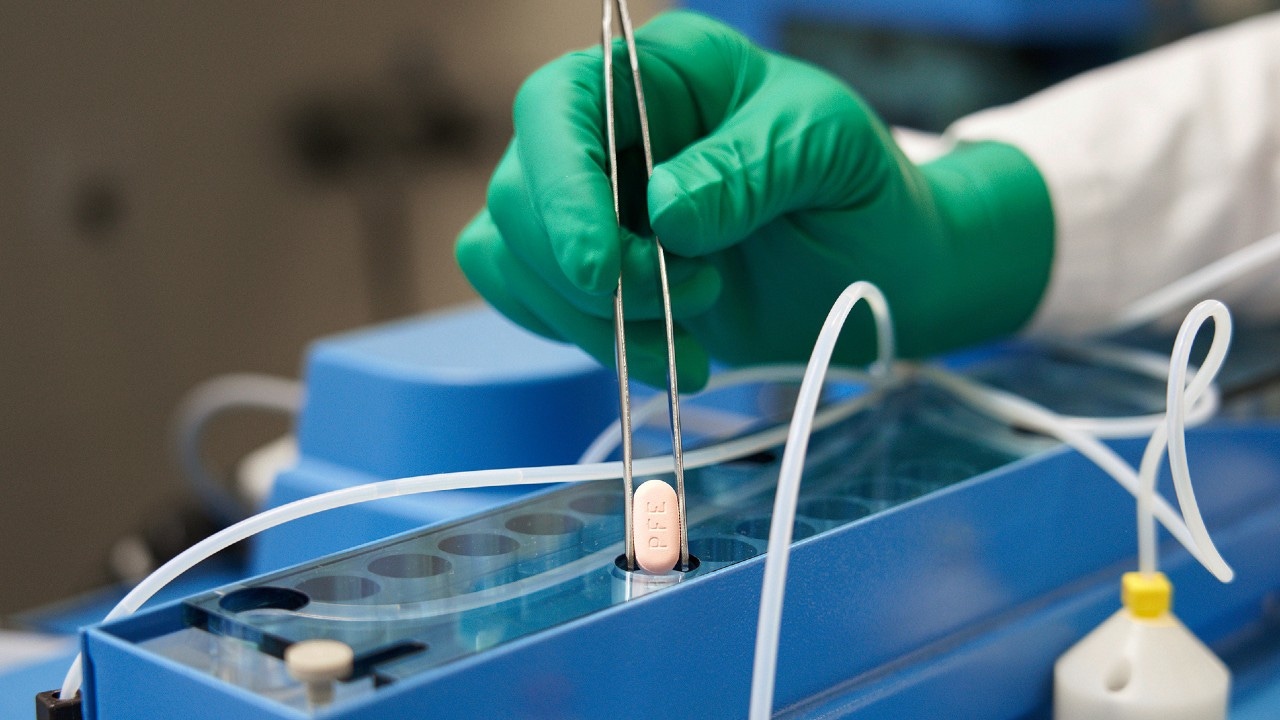 FILE - In this photo provided by Pfizer, a technician handles one of the company's COVID-19 Paxlovid pills. COVID-19 patients have two new treatment options that can be taken at home. But that convenience comes with a catch: The pills have to be taken as soon as possible once symptoms appear. U.S. regulators authorized the pills from Pfizer and Merck late 2021. (Pfizer via AP, File)

The White House says Paxlovid is now available at 20,000 sites nationwide, including pharmacies and hospitals.

“It’s very effective early on,” McKinney noted. “You know within the first five days of somebody getting symptoms, and that’s when people would really need to take it to get the maximum benefit.”

We asked exactly how the drug keeps COVID from replicating.

“There are specific types of proteins or enzymes that are needed by viruses to reproduce themselves,” McKinney explained. “This type of anti-viral medication blocks those enzymes from being able to do their job, and consequently, from the virus being able to replicate.”

The administration is making the push for more test-to-treat sites — where people could be tested, consult with a health care professional —and, if approved, get a Paxlovid prescription filled.

Experts say the drug is not recommended for patients with severe liver or kidney problems.

Rhame said if you have questions about the Paxlovid, you should check with your doctor.

“So you need to have an experienced clinician, experienced in this issue, to go over your existing medicines and to deal with your potential drug interactions,” he said.

ABC News reports there are only 2,200 test-to-treat sites up and running nationwide.

The White House says it hopes, with the help of federal health officials and pharmacy companies working together, to get more of those sites active in the next couple of weeks.

McKinney recommended that you find a location that has both a pharmacist and a doctor, physician’s assistant, or nurse practitioner if you go to a test-to-treat site.

“If those pharmacists and doctors aren’t located in the same place, then it is hard to implement a test to treat program,” he said. “But in general, if you just show up to your average community pharmacy, even with a positive test result or get a test there, unless they have somebody who can prescribe drugs on-site, that’s when you’re going to run into a limitation.”

The government says about 300 Americans are dying each day from the coronavirus, far less than 2,500 a day during the height of the omicron variant earlier this year.

McKinney said people shouldn’t let their guard down, even with the less severe BA.2 sub-variant, now the dominant strain.

“There are still hospitalizations, [and] there are still deaths,” he said. “And long-COVID or post-acute COVID syndrome is a thing that I still find to be one of the most scary things of all. Which thankfully, vaccines do a really good job at reducing the risk of, and so does early treatment.”