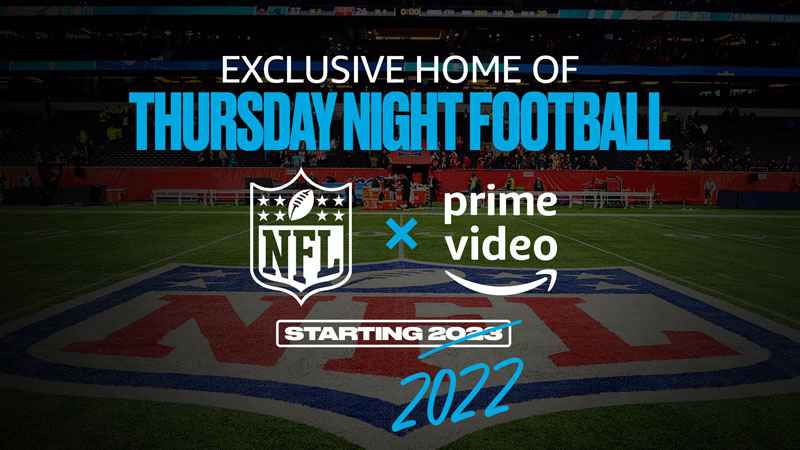 In advance of Amazon’s first-ever NewFronts presentation on May 3, Amazon and the National Football League announced that Prime Video’s recent deal to become the exclusive home to NFL Thursday Night Football will now begin with the 2022 season instead of the originally planned 2023 season.

"We look forward to bringing Thursday Night Football exclusively to Prime members in 2022, a year earlier than previously announced," said Marie Donoghue, vice president of Global Sports Video at Amazon. "This expedited deal is an immediate differentiator for us as a service, as it gives Prime members exclusive access to the most popular sport in the United States."

Additionally, in keeping with the NFL’s long-standing commitment to make its games available on free, over-the-air television, each game will also be televised in the participating teams’ home marketplaces.

The 11-year deal between Prime Video and the NFL remains the first time the league has sold an exclusive rights package to a digital streaming service.