UPDATE 11:42 a.m. 9/27/22: 5 EYEWITNESS NEWS meteorologist Matt Serwe predicts a chilly night ahead with the potential for a hard freeze in parts of northern Minnesota.

Tuesday morning, communities in the fringes of the metro and beyond experienced frost, and Wednesday morning, the Twin Cities residents could have their first frost of the year.

Serwe says temperatures may drop close to the freezing mark within the metro Wednesday morning, but the coldest temperatures – including figures below freezing – are expected outside of that range.

Read more about what this weather could mean for Minnesotans in an earlier version of this story below.

INITIAL REPORT 9:22 a.m. 9/27/22: Weather authorities will likely issue a frost advisory later on Tuesday that will warn of a Wednesday morning freeze throughout most of the Twin Cities metro, according to 5 EYEWITNESS NEWS Chief Meteorologist Ken Barlow. 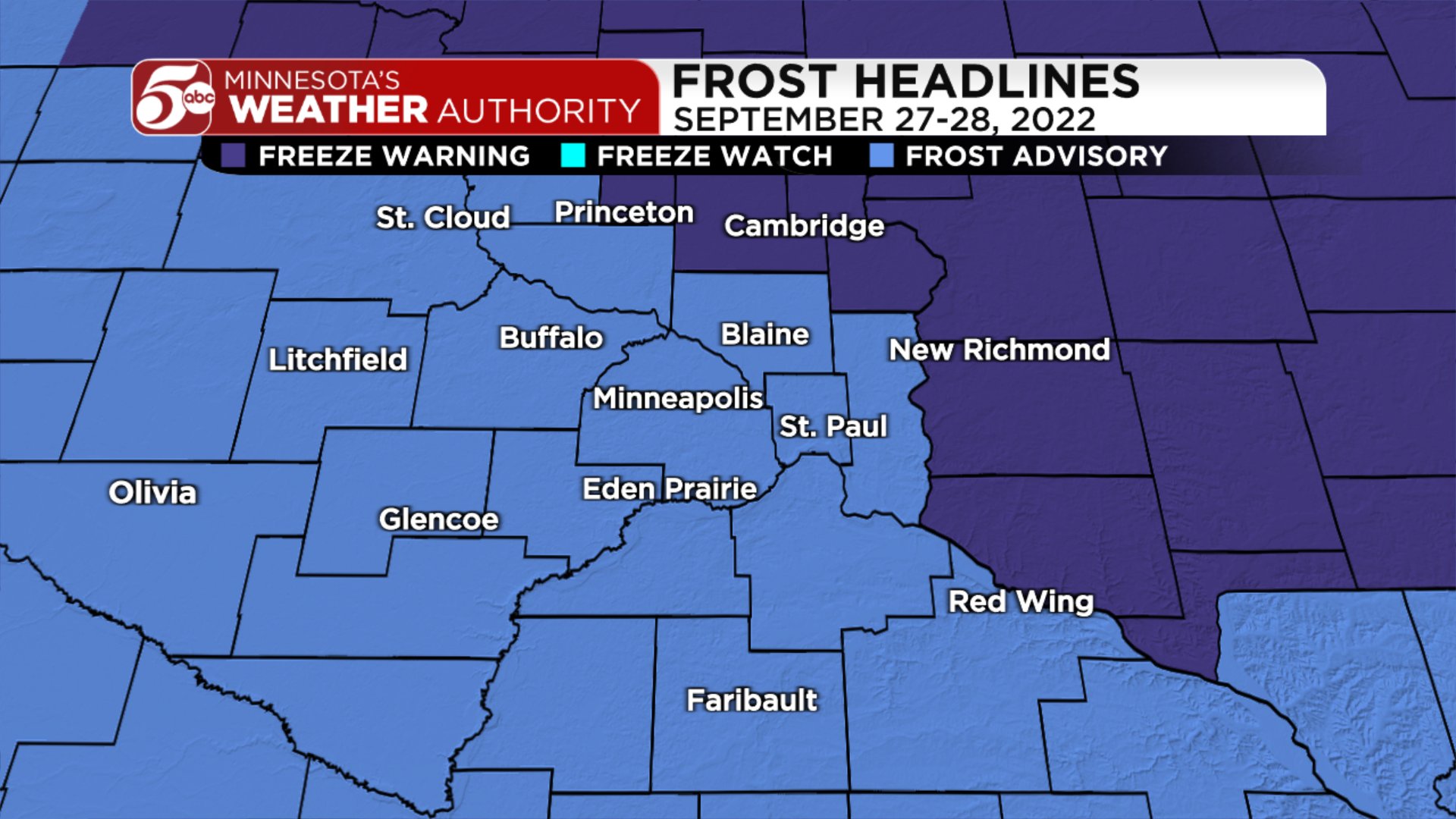 The metro area was not included in the frost advisories that other parts of Minnesota and Wisconsin experienced Tuesday morning. Those advisories remained in effect through mid-morning Tuesday.

The frost will not immediately change the ragweed pollen in the air. The allergy season’s typical end date is in mid-October, according to the Minnesota Department of Health. The department says allergy seasons have been getting longer on average:

“Ragweed is one of the most common causes of seasonal allergies in the United States. A study updated by Ziska et al., in 2016, found that the ragweed season in Minnesota increased by 18-21 days from 1995-2015.”

Follow our meteorologists to track when the first hard freeze will happen.