‘A picture of beauty during this difficult week’: Cherry blossoms blooming in Como Park

Spring is in full bloom at St. Paul’s Como Park. The cherry blossoms are blooming in the Cherry Tree Grove.

5 EYEWITNESS NEWS viewer JoAnn Blatchley, from the St. Paul – Nagasaki Sister City Committee, calls them "a picture of beauty during this difficult week."

You can see the cherry trees near the Como Park Zoo & Conservatory‘s Butterfly Parking Lot in Como Regional Park. The trees that line the Mannheimer Memorial steps and up the top of the hill were a gift from the Japanese government to the city of St. Paul in 2012. They were specially selected to withstand Minnesota’s harsh winters.

Japan donated cherry trees to Washington, D.C., in 1912, and these trees were given to some 38 cities in the US in honor of the 100th anniversary of the original gift.

Blatchley said St. Paul was chosen largely because of the long-standing Sister City relationship between St. Paul and Nagasaki. They became Sister Cities in 1955 and have had active exchanges ever since. 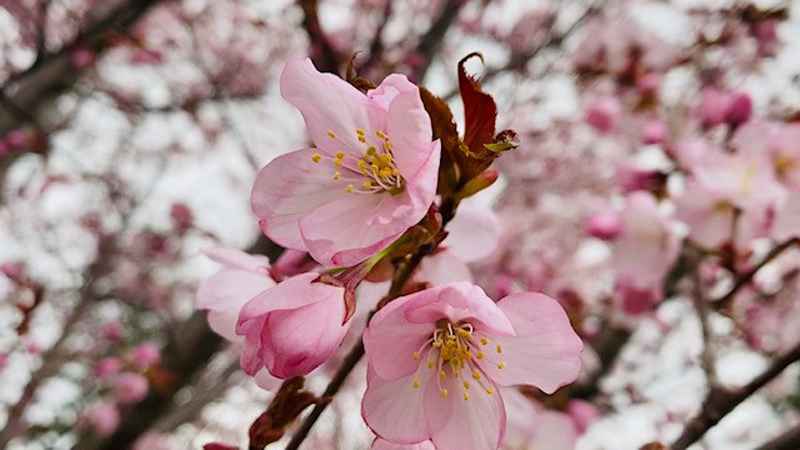 Cherry blossoms are seen Wednesday, April 21, 2021, at Como Park in St. Paul. The cherry blossom trees that line the Mannheimer Memorial were gifted to the city by the Japanese government in 2012.[Kevin Doran/KSTP]

Cherry blossoms are a symbolic flower of the spring, a time of renewal. But they only last a short time, so enjoy them while you can.