The Tonka Football Association recently signed off on new high-tech impact monitoring mouth guards for hundreds of players that will allow parents to monitor the force of head hits on the field this season.

Prevent Biometrics will partner with Tonka Football to equip more than 400 players, 4th through 8th grade tackle teams, with mouth guards that provide real-time data on the impact directly to an app.

“I think about parents dropping kids off at practice and game…that my athlete is going to have this surveillance at all times, if something happens I’ll know about it,” said Drew Goodger, Vice-President of Customer Success.

Goodger, a former Minnesota Gopher football player, said the mouth guard has an accelerometer and gyroscope build into it that measures the movement of the athlete’s head during a hit.

The app also shows where the spot where the impact occurred on the player’s head—which the company said could then be used along with the data collected on the force—for parents, coaches and trainers to spot any collisions that could possibly require medical evaluation. 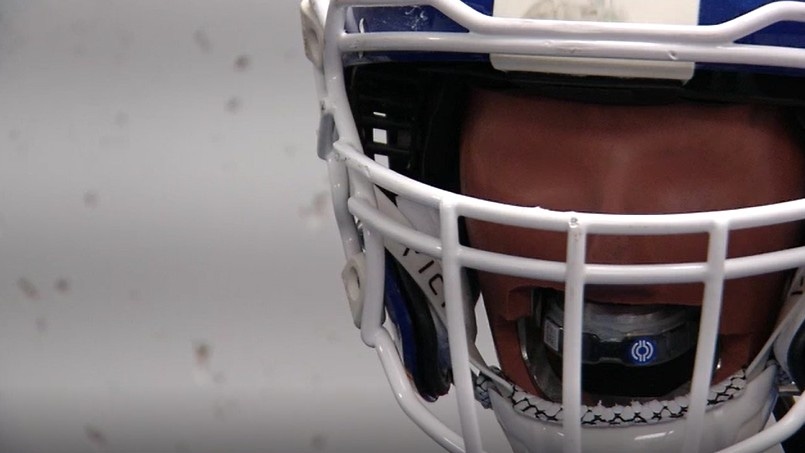 “It can help them (coaches) make smarter decisions around scheduling, which drills result in more impact exposure, which ones are safer and how do we mange that,” Goodger said.

The mouth guards tracked more than 2,600 head impacts on the field, with 98.6% of them were measured at the equivalent of a “pillow fight or jumping on the trampoline,” researchers said.

“The coach or parent has documentation of how hard and how often somebody got hit,” Bartsch said. “For a parent, it’s peace of mind.”

“The opportunities are immense with what this data can provide,” said Tony Wixo, Director, of Tonka Football Association. “It’s going to allow us to have the objective data –versus subjective that’s always out there.”

Professional rugby teams across the globe are wearing this impact monitoring technology to track head hits on players.

Back in the fall, the US Army used the mouth guards at Ft. Bragg as part of research to try develop protective equipment and techniques to prevent future traumatic brain injuries.