Every year, more than 18,000 patients search the Be The Match registry hoping to connect with someone who can provide a life-saving donation. The organization locates blood stem-cell or bone marrow transplants for patients with blood cancer or disease.

Matches are found across the country and the world.

“I didn’t think anything was going to come of it,” said donor Haven Davis of Minneapolis.

The teacher added her name to the registry in 2017 after hearing a podcast about the life-saving program. Once someone signs up to be a donor, the organization sends a kit in the mail and the donor provides a cheek swab. The DNA sample is then analyzed.

“I think it was less than two months later that I got a phone call I had matched,” said Davis. “It was just kind of hard to believe.”

Be The Match provided limited details about the person who would receive of her donation, including the age and diagnosis. 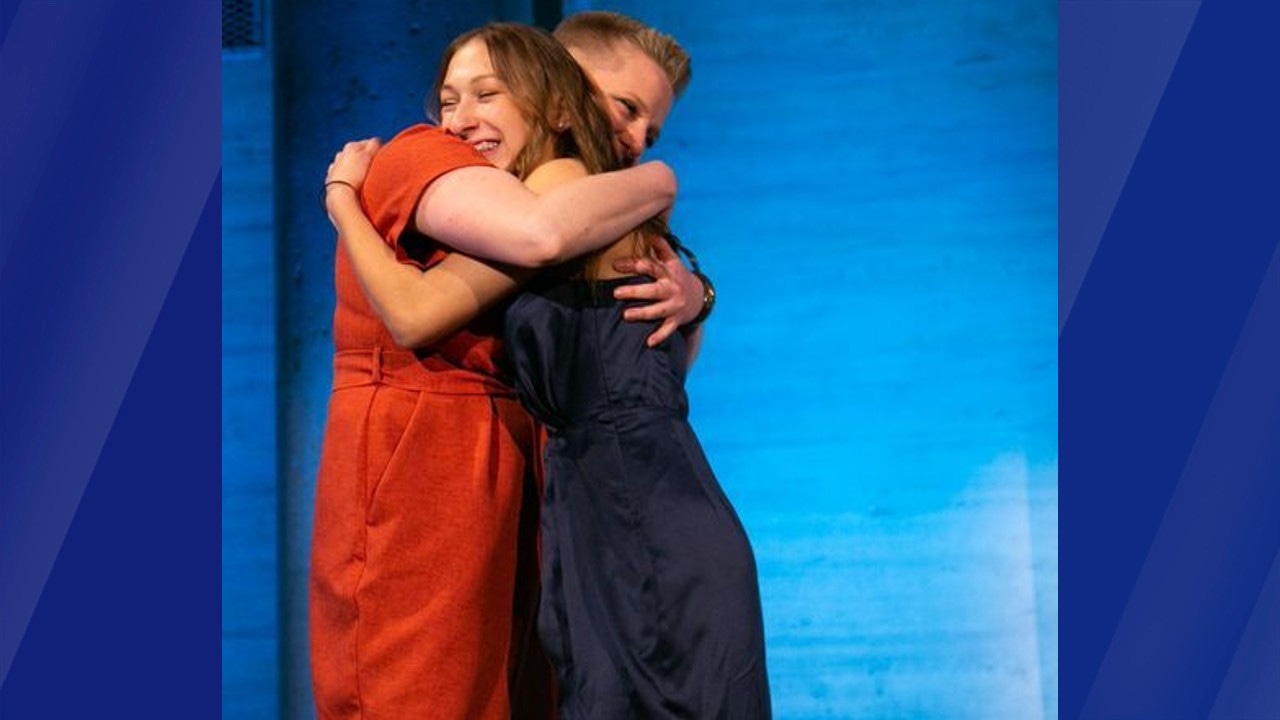 Courtesy: Be the Match

“When I found out that she was only 14, that was when I was really convinced,” she said. “How can I not help this teenager who needs this?”

The 14-year-old patient was Gwen Cinquemani, who lived more than a thousand miles away in New Rochelle, New York. Her life had recently been upended by an MDS diagnoses. It’s a rare disorder that affects the body’s red blood cell supply.

“I was very active, I had just made the JV cheer team,” she told us. “The diagnosis kind of halted everything so fast. I went from what felt like everything to nothing.”

Prior to her diagnosis, Tiffany Cinquemani noticed her daughter seemed more tired and bruised more easily than normal. Blood work at an annual appointment confirmed she wasn’t well.

“Your whole world stops,” said Tiffany Cinquemani. “You get a call from the doctor and you’re basically told get your daughter to the hospital immediately so you know it’s not good. We took her there, and you know, after a series of tests they diagnosed her with MDA and it was terrible. There’s nothing worse.”

She added, “It was very scary. I mean obviously I knew something was wrong but had no idea how serious it really was.”

Doctors determined Gwen needed a bone marrow transplant. Despite being a triplet, her brothers weren’t a match.  In Minneapolis, Davis answered the call.

In November 2018, Davis had a surgical procedure to extract bone marrow from her hip. She went home from the hospital on the same day.

In New York, Gwen’s recovery from the transplant took longer.

“It took two days to get the cells,” the teenager explained. “It’s given to you like a blood transfusion so you just kind of wait for it all to go in. It’s done really precisely where the nurses and doctors are kind of timing how fast it goes into you.”

Gwen stayed in the hospital until her body started making its own blood cells. After 56 days, she went home. The procedure was successful.

About a year and a half later, the teenager was able to connect with Davis through e-mail.

“Before I even opened the email, I could see it said ‘Thank you for saving our daughter’s life,’” said Davis. “I think that was the moment I realized how impactful this whole situation was.”

They stayed in touch during the pandemic, sharing life updates. Last Thursday, they finally met in-person at the Be The Match Gala in New York City.

“It was surreal,” said Tiffany Cinquemani. “It was just amazing to meet the person who saved her life and she’s just a wonderful person.”

The family embraced Davis on stage.

“I think my biggest takeaway from the entire experience has just been a feeling of gratitude,” said Davis. “I feel really grateful to have such a beautiful connection with such a great family.”

“I can go to school, cheer practice hang out with my friends,” said Gwen, who is now 16-years-old. “I’d say I’m fully healthy now.”

Doctors will monitor her closely for five years post-transplant. She explained she still sees a hematologist every couple of months to track her progress.

Be The Match estimates about only 25 to 30 percent of patients have a family member who can provide a donation. Last year, the organization facilitated about 6,600 transplants.

King explained it’s critical that donors follow through once they start the process as well.

“For many patients, their journey to receive a blood stem cell or bone marrow transplant is their only chance at cure,” she said. “It’s really important people follow through and once you say yes, and start your process to donate to a patient, that you don’t back out. That’s because patients start regiment a treatment regimen that absolutely gets rid of their immune system and we need that to fight off disease. It’s can be life-threatening if that donation process doesn’t match up with the timing that the patient needs to receive those lifesaving cells.”