More than 40,000 members of the Islamic community came to U.S. Bank Stadium on Saturday to celebrate Eid-al-Adha, one of the religion’s holiest traditions.

The turnout was so extreme, organizations tell 5 EYEWITNESS NEWS they had to add an additional prayer service and eventually turn members away.

“Super” Eid was created by Minnesota’s Muslim Coalition back in 2018 after leaders say mosques around the state began questioning the safety of celebrating Eid.

Abdulahi Farah with the Muslim Coalition explained that hate and attacks geared toward the community had sparked fear.

“There was a lot of political rhetoric, a lot of fear-mongering and divisive narratives that were out there. A lot of our community was under this dark shadow of, oh my god, is it really safe to come together for Eid?” Farah said. 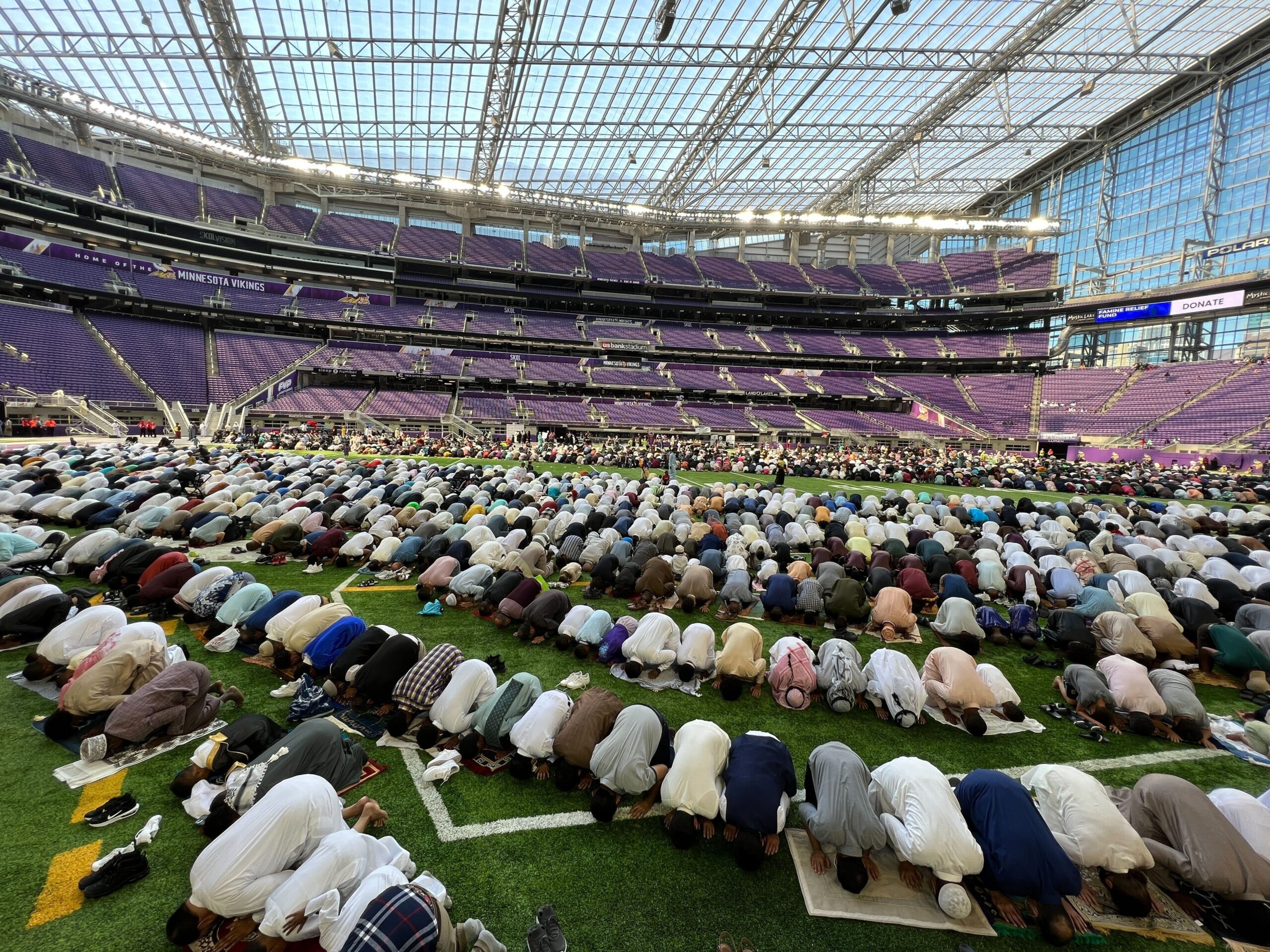 40,000 gather on MN Vikings turf to celebrate and pray during the Eid holiday in U.S. Bank Stadium. (Andrea Lyon/KSTP)

Instead of scaling back, Muslim leaders looked to their values for guidance and created “Super” Eid, a larger and more public celebration of their traditions.

Farah explained they chose U.S. Bank Stadium because it was by far the biggest and most Minnesotan venue to host their Eid services.

In past year, the event has drawn anywhere between 30-35,000 people, but this year the holiday celebrating Ibrihim drew more than 40,000 participants. Farah says it’s a great example for their youngest members who didn’t grow up surrounded by as many Muslim traditions as older generations did.

“It really gives you a sense of belonging and a sense of unity,” Farah said.

About Eid al-Adha: According to the Muslim Coalition, Eid-al-Adha commemorates the sincere faithfulness of Prophet Ibrahim, or Abraham as he’s called in the Jewish and Christian faiths. The organization says that as a test, the prophet was called by Allah, the Arabic word for God, to sacrifice his son. As Ibrahim was about to carry out what had been commanded up him, Allah instructed him to let his son go and to instead sacrifice a ram. For this reason, Islam calls this day Eid al-Adha, which mean “feast of sacrifice.” On this day, Muslims take the time to celebrate faith, sacrifice, commitment, community and patience.