The vaccine and testing mandates recently implemented by the mayors of Minneapolis and St. Paul were clearly unpopular with most bar and restaurant owners. And according to our latest KSTP/SurveyUSA poll, they aren’t very popular with many Minnesotans either.

A plurality of Minnesotans, 48%, disagree with the mandates, while 46% agree with them. Another 6% are not sure.

“The Minneapolis and St. Paul mandates by the mayors are not terribly popular,” said Carleton College political analyst Steven Schier, who says they come after nearly two years of disruptions imposed by politicians. “The business traffic in restaurants is way down in Minneapolis and St. Paul and I don’t think there can be any question that the new rules would require photo ID, vaccine ID and a mask contribute to that.”

Also for the first time, Gov. Tim Walz’s approval rating for handling the coronavirus dropped below 50%. In a poll conducted in late January, 49% of respondents say they approve of his performance while 44% disapprove. Eight percent say they’re not sure.

In an interview with 5 EYEWITNESS NEWS, Walz attributes the declining COVID poll numbers on fatigue with the pandemic.

“Minnesotans need to be protected,” he said. “I’m proud and outside groups have shown that we’ve done that. This is very, very hard. And as I’ve said all along I’ve not made these decisions so they would be politically favorable, but so they would save lives and be the right decision.”

The poll also shows a persistent political divide when it comes to COVID-19 vaccines. 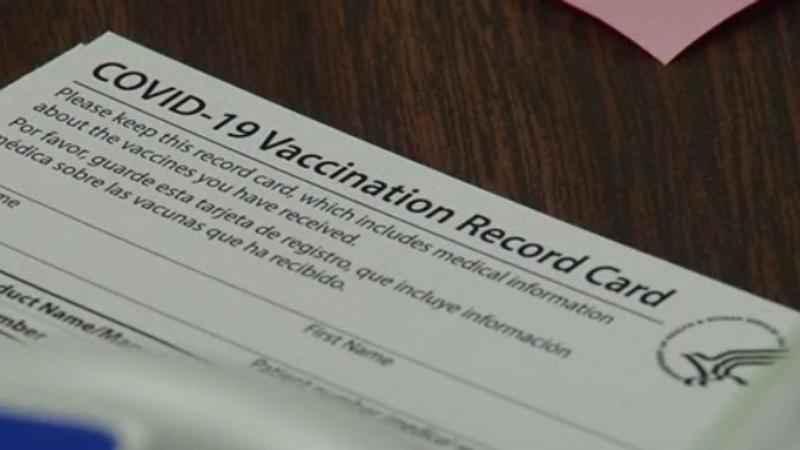 A file photo of a vaccination card.[KSTP-TV]

Seventy percent of Minnesotans say they’ve been vaccinated, but only 56% of Republicans, compared to 86% of Democrats and 71% of Independents.

On behalf of KSTP-TV, SurveyUSA interviewed a representative cross-section of 690 Minnesota adults online from Jan. 25-Jan. 30, using a sample provided by Lucid Holdings LLC of New Orleans. The pool of adult survey respondents was weighted to US Census targets for gender, age, race, education, and homeownership.