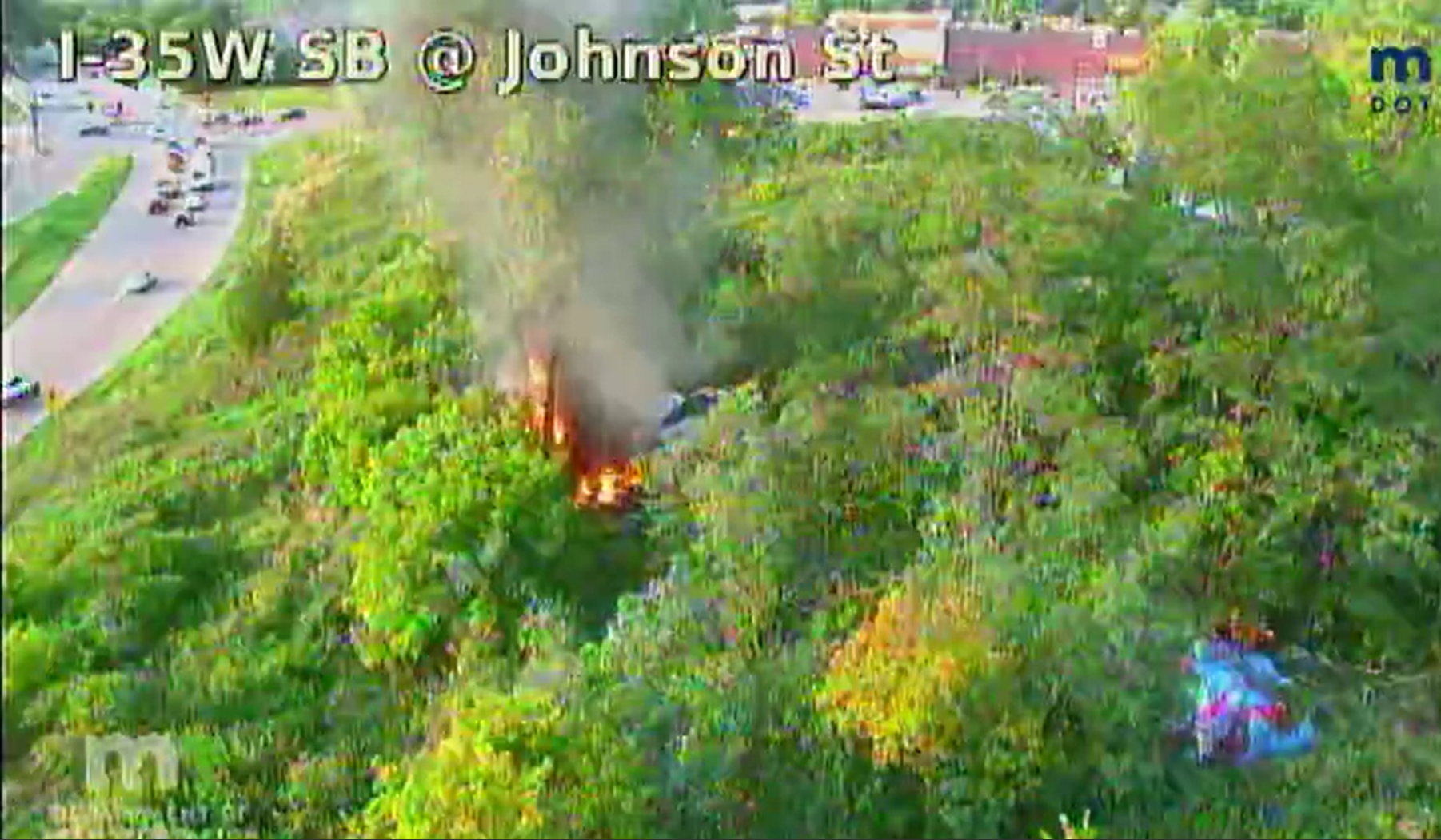 A fire at a homeless encampment in Minneapolis. Photo credit Minnesota Department of Transportation.

Firefighters had to climb over a fence and stretch their hose lines for a “long distance” to reach the blaze, Rucker said.

Fire officials say that an uncontrolled campfire made of wooden pallets spread through several tents and started surrounding trees and brush on fire.

A propane tank near the tents also started on fire and led to a 911 caller reporting an “explosion” before firefighters arrived.

There were no injuries reported as a result of the fire.