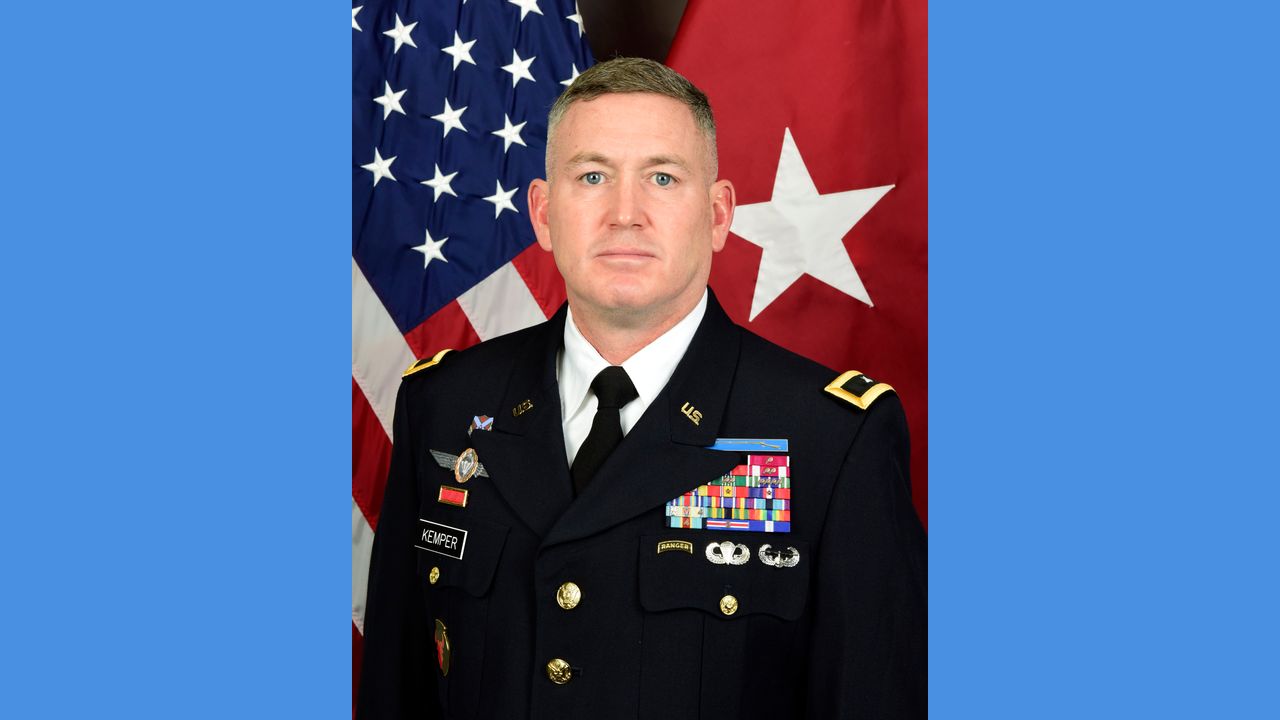 The Minnesota National Guard’s 34th Red Bull Infantry Division will have a change of command ceremony on Saturday at the General Vessey Readiness Center in Arden Hills.

Major General Mike Wickman will hand over command of the division to Brigadier General Charles Kemper.

The new commander, Gen. Kemper, has served three overseas tours with the Red Bulls: Kosovo in 2004 and two deployments to Kuwait in 2011 and 2018.

Kemper has served as the division’s assistant commander since 2018 and is qualified as an Army Ranger from his active duty service.

As a civilian, Gen. Kemper is the director of post-market quality assurance with Boston Scientific in Arden Hills.

General Wickman has led the Red Bull Division for the past two-and-a-half years and will now assume duties as the U.S. Army Europe and Africa Deputy Commanding General for the Army National Guard.

The 34th Infantry Division includes 23,000 soldiers from across Minnesota and neighboring states. It is made up of the 1st Armored Brigade Combat Team, 34th Expeditionary Combat Aviation Brigade, 84th Troop Command and the 347th Regional Support Group.