Employees at two Minnesota Starbucks locations went on strike Friday, joining some of their fellow workers across the country.

The workers at the 300 Snelling Avenue South location in St. Paul and those in St. Anthony are participating in what is being called the “Double Down Strike,” a three-day event in which about 100 stores across the country are participating to protest what they call unfair labor practices and treatment by Starbucks.

Employees at more than 110 Starbucks stores walked out on the job on Nov. 17. Soon after, the company closed the first store that unionized in Seattle on the anniversary of its union election.

The workers participating in Friday’s strike say they’re doubling down on their demands for fair treatment. 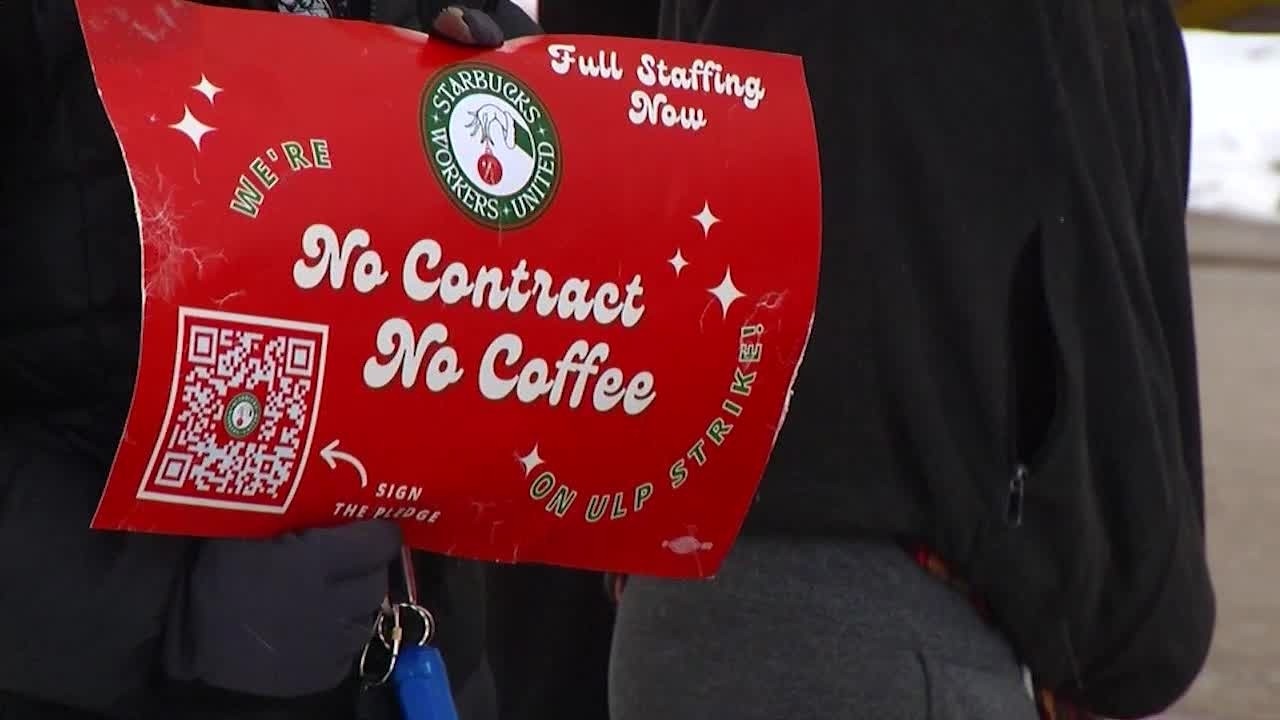 Employees at the Snelling Avenue Starbucks location in St. Paul strike on Dec. 16, 2022, as part of a nationwide three-day effort. (KSTP-TV)

More than 260 Starbucks stores across the country have voted to unionize since late last year.

A company spokesperson sent the following statement to 5 EYEWITNESS NEWS:

“We respect our partners’ right to engage in lawful protest activity. Our focus remains on all partners and our commitment to continue to work together, side-by-side, to make Starbucks a company that works for everyone. With our partners in mind, we will continue to show up and be ready to bargain in good faith and have urged Workers United to do the same.”