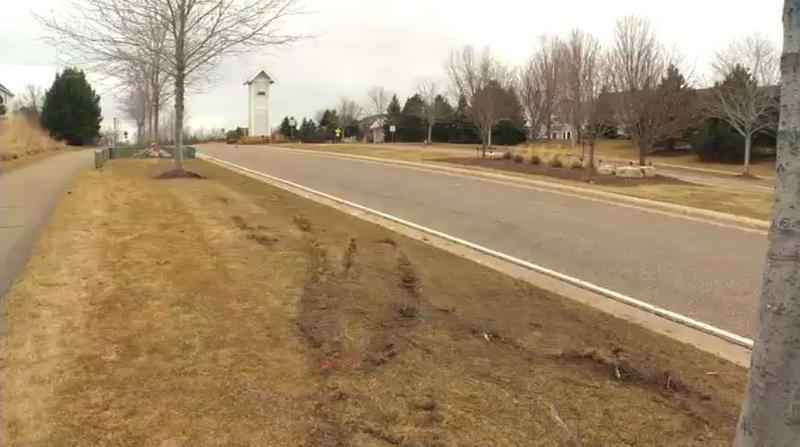 The city of Woodbury is hiring a consulting firm to conduct an engineering assessment of this stretch of Settlers Ridge Parkway where a teen died and four others were injured in a crash on March 13, 2021.[KSTP]

Woodbury is hiring a transportation consulting firm to conduct an engineering assessment of the intersection where a car crashed last month, killing a teenage boy and injuring four others.

In a news release Thursday, the city said it hired SRF Consulting Group, Inc. to assess the intersection design of Settlers Ridge Parkway and Sundance Way and look at conditions and usage, including traffic volume, speeds and accident history. The consultation would also evaluate whether it would be viable to convert the intersection into a roundabout.

The fatal crash in question took place at that intersection the night of March 13. According to the Woodbury Public Safety Department, 17-year-old Garrett Bumgarner was pronounced dead at the scene after he was ejected from a 2015 Honda Accord that had crashed into a tree and split in half.

Three of the other boys who were injured in the crash were identified as Jack Mears, Connor Bro and Andrew McKevitt. Officials have not released the name of the driver because he is a minor. All five of the occupants are East Ridge High School students.

Woodbury police detectives are continuing to investigate the cause of the crash, and the Minnesota State Patrol is assisting with crash reconstruction. Woodbury Police Commander John Altman told KSTP there is a "strong likelihood" charges will be filed against the driver.

The investigation is expected to take months, Burt said, but the city wanted to have the engineering assessment in hand to know how to proceed.

"At the urging of the victims’ families and the neighborhood, we feel that it’s appropriate to begin an engineering assessment of the area now so we have the information available once the crash investigation is complete," Woodbury Mayor Anne Burt said.

One other crash has occurred at that intersection in the past 10 years, but that incident only resulted in property damage, according to the release.

The results of the engineering assessment are expected to be shared with the public in about two months.