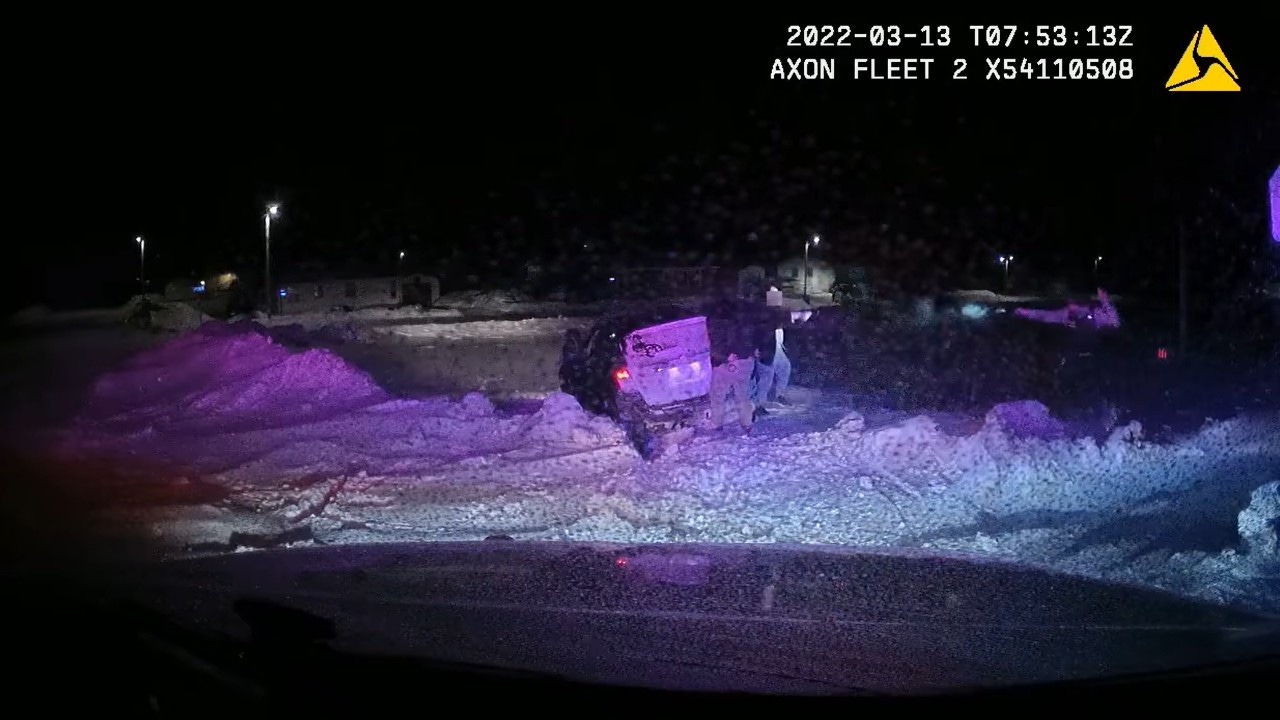 Dashcam footage released by the Mahnomen County Sheriff's Office shows Deputy Dakota Czerny, right, aiming his gun at an armed suspect, 20-year-old Shequoya Basswood, during an incident on March 13, 2022. Basswood was shot and taken to the hospital and faces several charges, including first-degree assault of a peace officer and first-degree attempted murder of a peace officer. (Mahnomen County Sheriff's Office)

A woman has entered a plea deal in Mahnomen County after she raised a handgun at a sheriff’s deputy who then shot her as he stumbled away.

Court records show Shequoya Deanne Basswood, 20, of Mahnomen, pleaded guilty last week to one count each of first-degree assault against a peace officer, receiving stolen property and being a felon in possession of a firearm.

The incident unfolded as law enforcement was trying to put suspects in custody after a pursuit on March 13, according to a criminal complaint.

Dashcam video shows Mahnomen County Deputy Dakota Czerny trying to put someone in handcuffs as Basswood stands facing the back of the car. Czerny can be heard raising his gun and yelling, “Drop the gun!” as he jumps away.

Basswood is seen turning to face Czerny before pointing a handgun at him and appearing to rack the slide. Czerny is heard firing at least five rounds at her as they both fall to the snow.

Czerny was placed on administrative leave after the shooting but was back on duty within a month.

Basswood is scheduled to hear her sentence on Dec. 6.