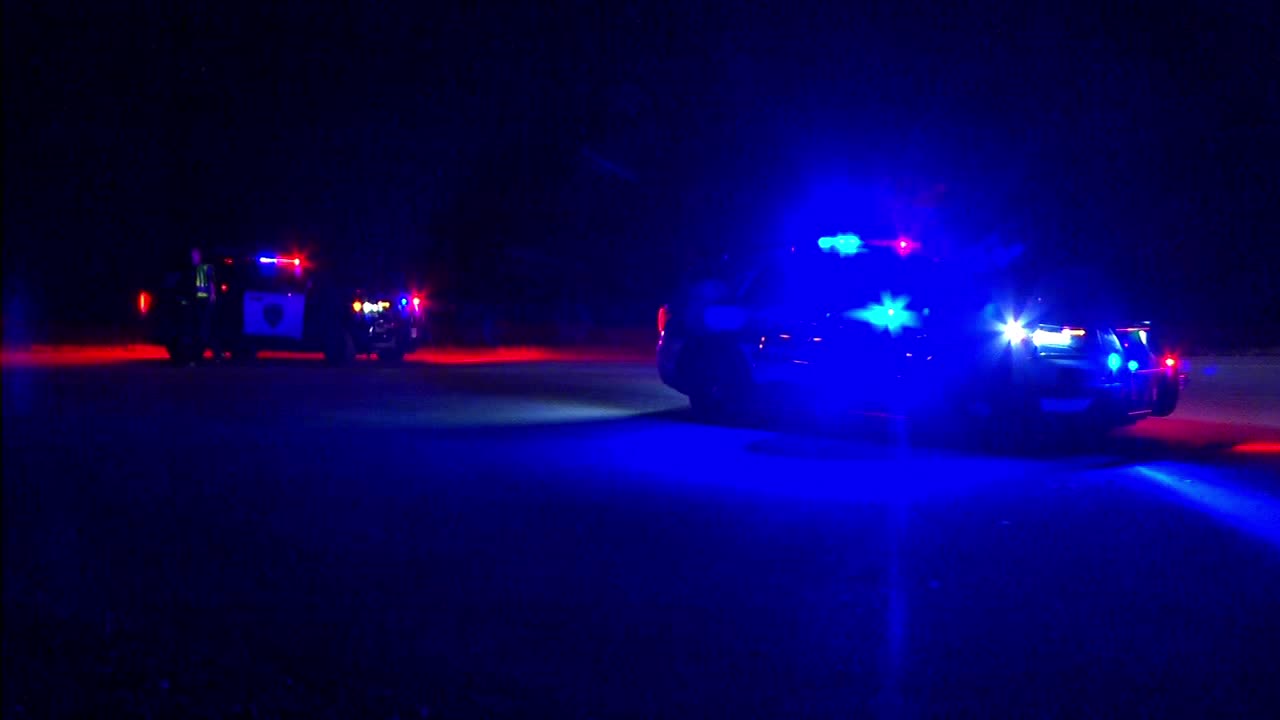 Emergency vehicles are at the scene where a motorcycle crashed into a deer Monday, Oct. 10, 2022, in Ravenna Township. (KSTP)

A woman is dead and a man is in the hospital after a motorcycle crashed into a deer Monday night in Dakota County.

A sergeant with the Dakota County Sheriff’s Office said emergency personnel responded to the crash just after 7 p.m. near the intersection of Polk Avenue and Ravenna Trail in Ravenna Township, east of Hastings.

The man who was driving the motorcycle was taken to Regions Hospital with serious injuries. The woman riding as a passenger was pronounced dead at the scene, according to the sheriff’s office.

Officials say neither the man nor the woman was wearing a helmet.