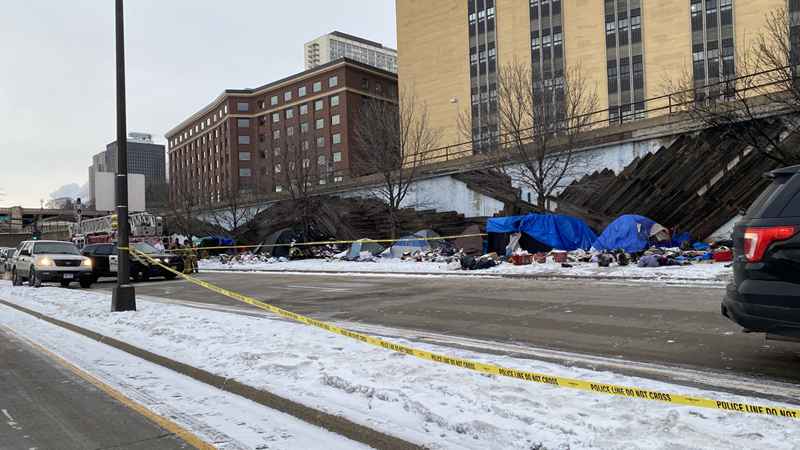 A woman who was found dead at a St. Paul homeless encampment Wednesday morning has been identified as 32-year-old Janiece Williams.

According to the St. Paul Police Department, Williams was found dead while officials were responding to a report of a fire that caused injuries around 6:30 a.m. at an encampment on the north side of Shepard Road between Jackson Street and North Sibley Street. One other person was hurt.

The St. Paul Fire Department said multiple propane tanks and heaters were found near the suspected origin of the fire.

Williams’ cause of death remains under investigation.

The Ramsey County Medical Examiner has identified the woman found dead in a homeless encampment on the north side of Shepard Road (between Jackson Street and Sibley) as Janiece S. Williams, 32.

She died Wednesday, Jan. 20. The cause of her death remains under investigation. pic.twitter.com/1PBy0sJzMu