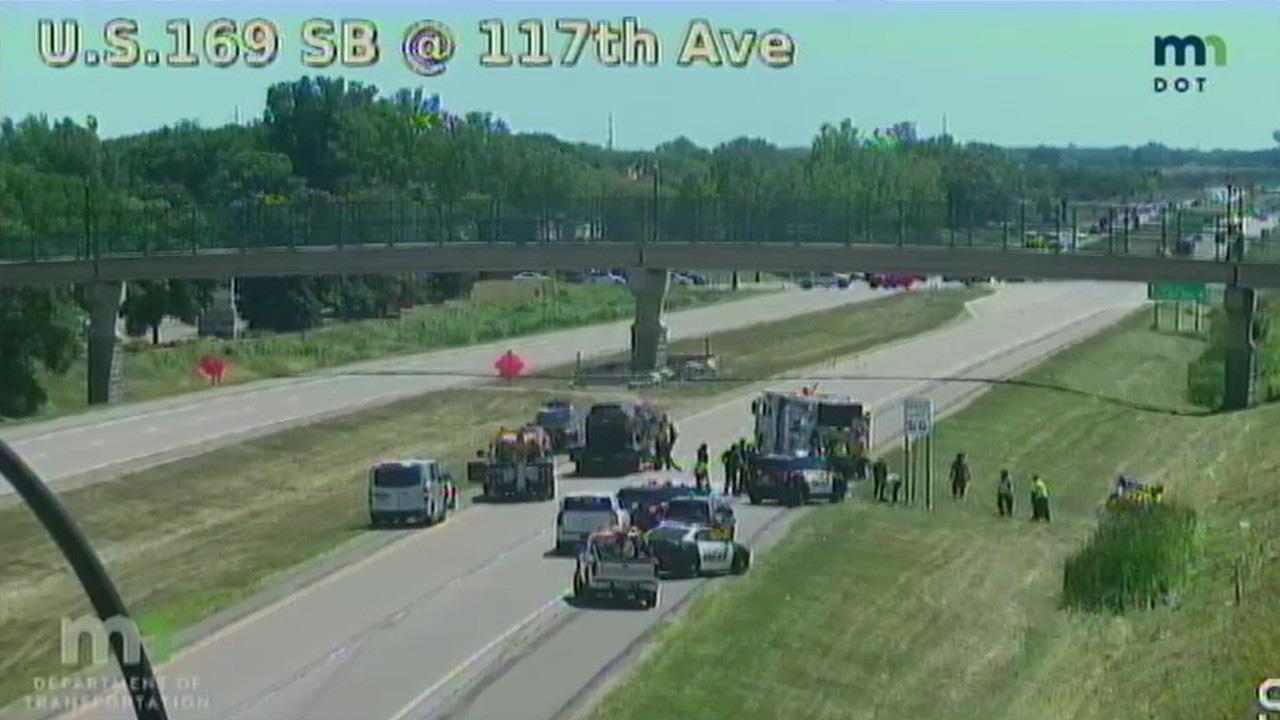 This screenshot of a Minnesota Department of Transportation traffic camera shows first responders at the scene of a fatal crash on southbound Highway 169 in Champlin on July 21, 2022.

Prosecutors allege a Maple Grove woman had a blood-alcohol concentration nearly three times the legal limit when she caused a fatal crash last month on Highway 169 in Champlin.

Charges filed Friday state Jill Marie Zetterwall, 58, was headed north in a Toyota RAV4 on Highway 169 near 117th Avenue around 12:30 p.m. on July 21 when she veered into the left lane and then across the median and into oncoming traffic to get around slowing traffic ahead of her. Witnesses say she clipped the front of another vehicle in the process.

After she crossed into the southbound lanes, she crashed into a Hyundai Accent, sending it into a ditch and flipping it on its roof, a criminal complaint states.

Medics pronounced the driver of the Hyundai dead at the scene. He has been identified as 37-year-old Adam Madsen of Anoka.

A GoFundMe page for the victim says Madsen was on his way to work when the crash happened. He is survived by four children.

Officers arriving at the crash scene spoke with Zetterwall, who told them she had been drinking that morning and had her last drink, a vodka-orange juice, “a couple of hours earlier.” A blood sample indicated she had a blood-alcohol concentration of 0.225.

Zetterwall was charged via a warrant and faces three counts of criminal vehicular homicide. Jail records show she has not been taken into custody.