Woman arrested after driving through fresh concrete while fleeing police 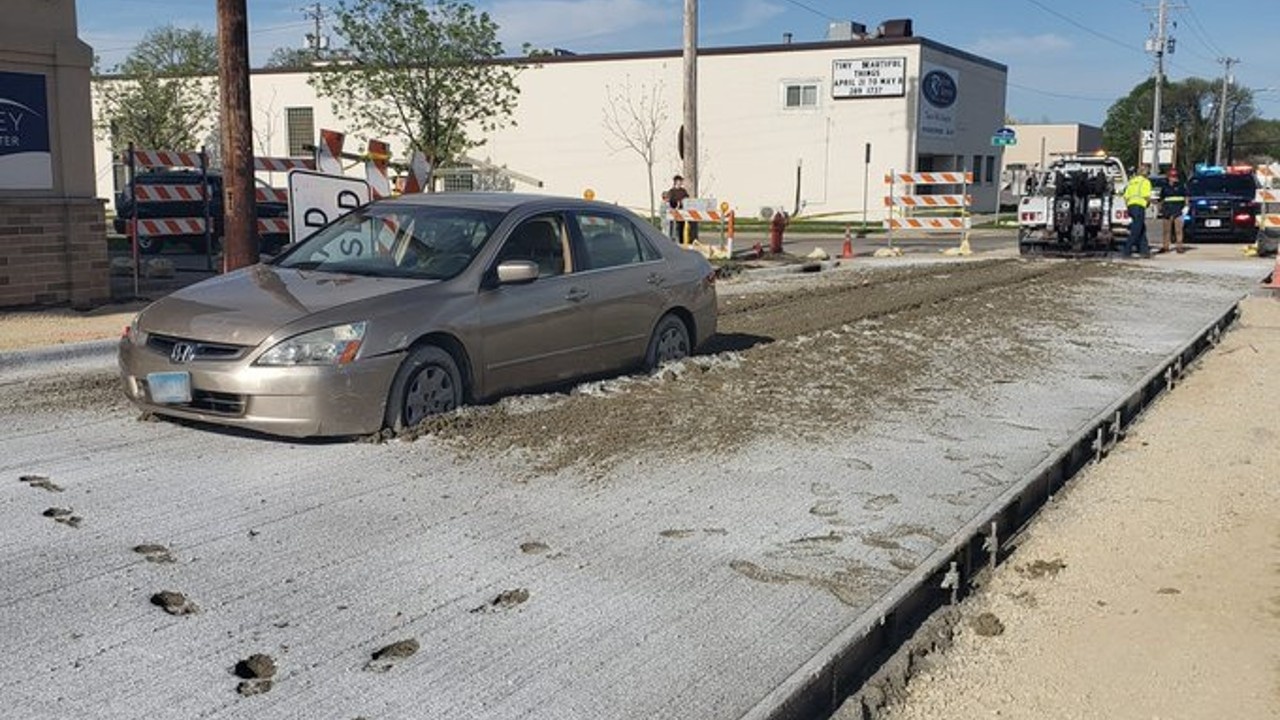 A car is seen after driving into freshly poured concrete in Rochester on May 16, 2022. (Credit: Don Regus/Courtesy: KAAL-TV)

A Minnesota woman was arrested Monday night after her attempt to flee from police ended when she drove into fresh concrete.

According to Hubbard Broadcasting affiliate KAAL-TV, Rochester police saw the woman drive through a red light at around 4:40 p.m. When the officers tried to stop her vehicle, she refused to stop.

A short time later, another officer tried to stop the woman near Westover Lane and Seventh Street Northeast but she accelerated, crashed through construction barricades and drove into 150 feet of freshly poured concrete, bringing her to a stop. She was then arrested and taken to a hospital for a psychological evaluation.

Police told KAAL that they have received at least nine complaints about the woman driving erratically and using a bullhorn to “spread the word of God” since May 11.

She’s being held for fleeing police, property damage and driving without insurance.