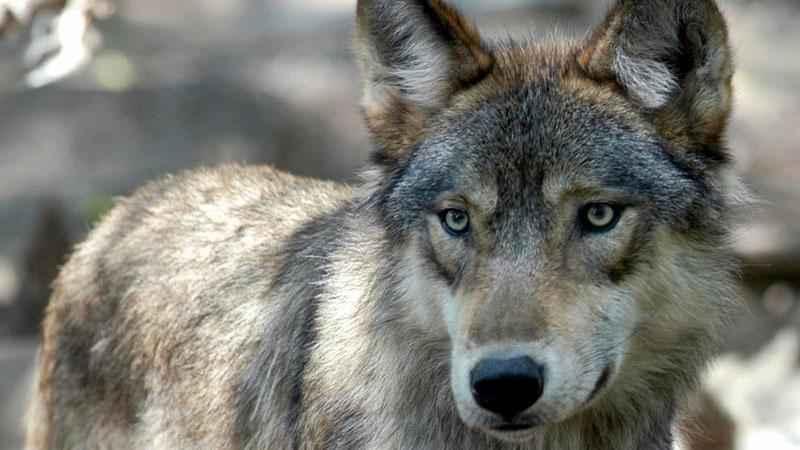 A gray wolf is seen at the Wildlife Science Center in Forest Lake, Minn[AP/Dawn Villella, File]

Wisconsin hunters and trappers killed nearly double the number of wolves as the state allotted for a weeklong season, and they did it so quickly that officials had to end the hunt after less than three days, according to figures released Thursday.

Nontribal hunters and trappers had registered 215 wolves as of midday, blowing past the state’s kill target of 119. The state Department of Natural Resources estimated before the hunt that there were about 1,000 wolves in the state, and its population goal for the animal is 350.

The wolf season began Monday and was supposed to run through Sunday, but the DNR shut it down Wednesday afternoon as it became clear hunters would exceed the kill target.

Ojibwe tribal hunters and trappers’ kill target is 81 wolves, as per treaty rights. Dylan Jennings, a spokesman for the Great Lakes Indian Fish and Wildlife Commission, which administers Ojibwe hunting and fishing treaty rights, said he didn’t have any estimates of how many wolves tribal hunters and trappers may have taken, but he said they hadn’t met their quota and could continue to hunt and trap.

Wolf management has been one of the most contentious outdoors issues Wisconsin has grappled with in the last 20 years. Farmers and rural residents complain wolves are attacking livestock and pets and insist that hunting is the only way to control the apex predators. Conservationists counter the population is still too fragile to support hunting and the animals are too beautiful to be killed.

Then-Gov. Scott Walker, a Republican, signed a law in 2012 that requires the DNR to hold an annual wolf season between November and February after the Obama administration removed the animals from the federal endangered species list. The DNR held a hunt that year and in 2013 and 2014, and hunters and trappers exceeded the state’s kill targets in each of those years.

The DNR stopped holding hunts after a federal judge restored protections for wolves in late 2014. But the Trump administration removed them from the endangered species list in January, returning management rights to the state and triggering the mandatory season in Wisconsin.

The DNR was preparing to hold the wolf hunting season in November, but Republican legislators demanded it start before the end of February, saying they were afraid President Joe Biden would place wolves back on the endangered species list before November. The DNR refused, but hunter advocacy group Hunter Nation won a court order this month forcing an immediate start of the season.

Plans are still underway for a November season.

Lawmakers in neighboring Minnesota have introduced dueling bills that would ban wolf hunting or establish a season to hunt the animals. Wildlife officials in Colorado are trying to develop a plan for reintroducing the animal in that state after it was hunted, trapped and poisoned to extinction there decades ago. Animal advocates have been urging the state to move quickly on reintroduction, but state officials say they want to move slowly.