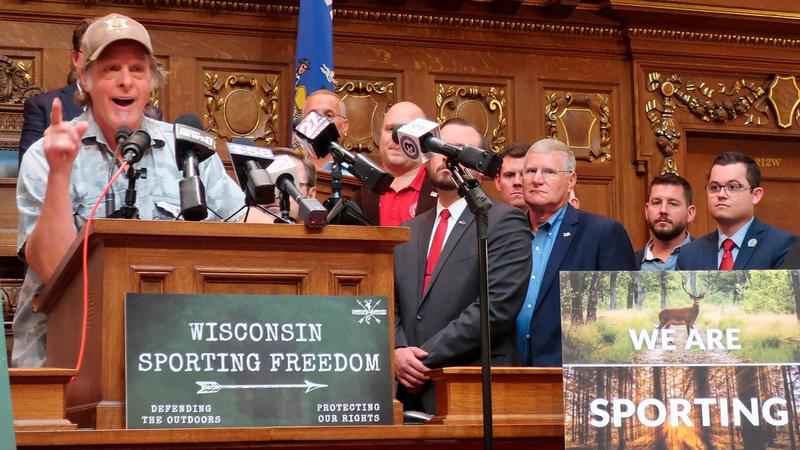 Rocker Ted Nugent joined with more than 20 Wisconsin Republican lawmakers in advocating for a package of hunting bills that would, among other things, create a sandhill crane hunting season and allow for concealed weapons to be carried without a permit, on Wednesday, Oct. 13, 2021, in the Wisconsin state Assembly chamber in Madison, Wis.[AP Photo/Scott Bauer]

Wisconsin Republicans brought in rocker and avid hunter Ted Nugent to publicize a package of bills that would declare open hunting season on sandhill cranes and allow anyone age 18 or older to carry concealed firearms without a permit.

Nugent appeared Wednesday with more than 20 lawmakers inside the Assembly chamber, where the musician and conservative activist called hunting essential.

The Wisconsin package of 13 bills is making its way through the Republican-controlled Legislature. If passed, they would have to be signed by Democratic Gov. Tony Evers before becoming law. He is likely to veto many of them, including one allowing for carrying concealed weapons without a license.