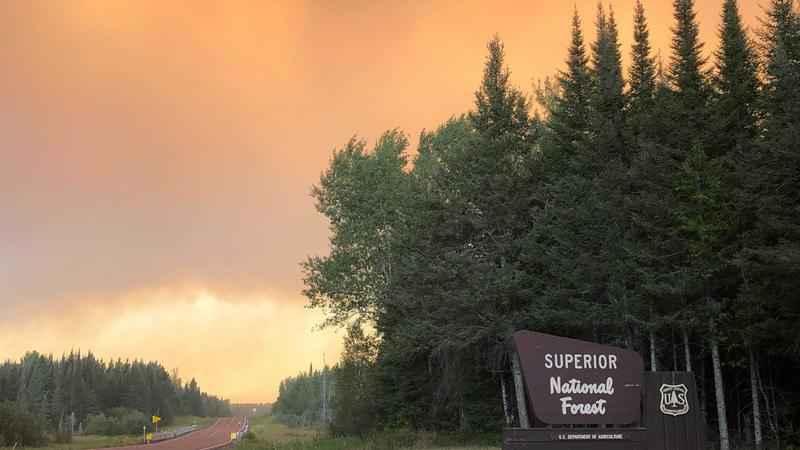 FILE - Greenwood Fire fills the air with smoke and haze near Isabella.[KSTP/Kristen Swanson]

Cooler temperatures and some rain showers over the weekend helped crews that are working to battle wildfires in northern Minnesota.

The largest fire in the state — the Greenwood Fire — remained at about 40 3/4 square miles in size and was 37% contained as of Monday morning, according to the U.S. Forest Service.

The fire was first detected back on Aug. 15 about 10 miles southwest of Isabella.

The favorable weather over the weekend "greatly diminished" the threat to cabins, homes and recreational sites in the area, the forest service said.

Authorities said firefighters would be inserted by boat to start constructing a fire line east and west of Greenwood Lake on Monday while tracked equipment worked on a containment line on the southeast perimeter.

A total of 357 people were battling the wildfire as of Monday.